What if the DeLorean Never Existed?

Note: This is an alternate history thought experiment in which I speculate about a historical event occurring differently. Each point in history can unfold in different ways. Your speculation may vary.

Alternate history deals with possible timelines that could have happened but didn't. Imagine a chalkboard with a line representing time. One point represents the year 2020. One end of the line represents the future and the opposite side the past. Prior to our point in time somewhere in the past the timeline skewed...

O.K. Enough of my ripping off Doc. Brown's (Christopher Lloyd) explanation from Back to the Future II. I couldn't help it because this post examines a change that directly affects this entertainment franchise: What if the DMC DeLorean sports car never existed? 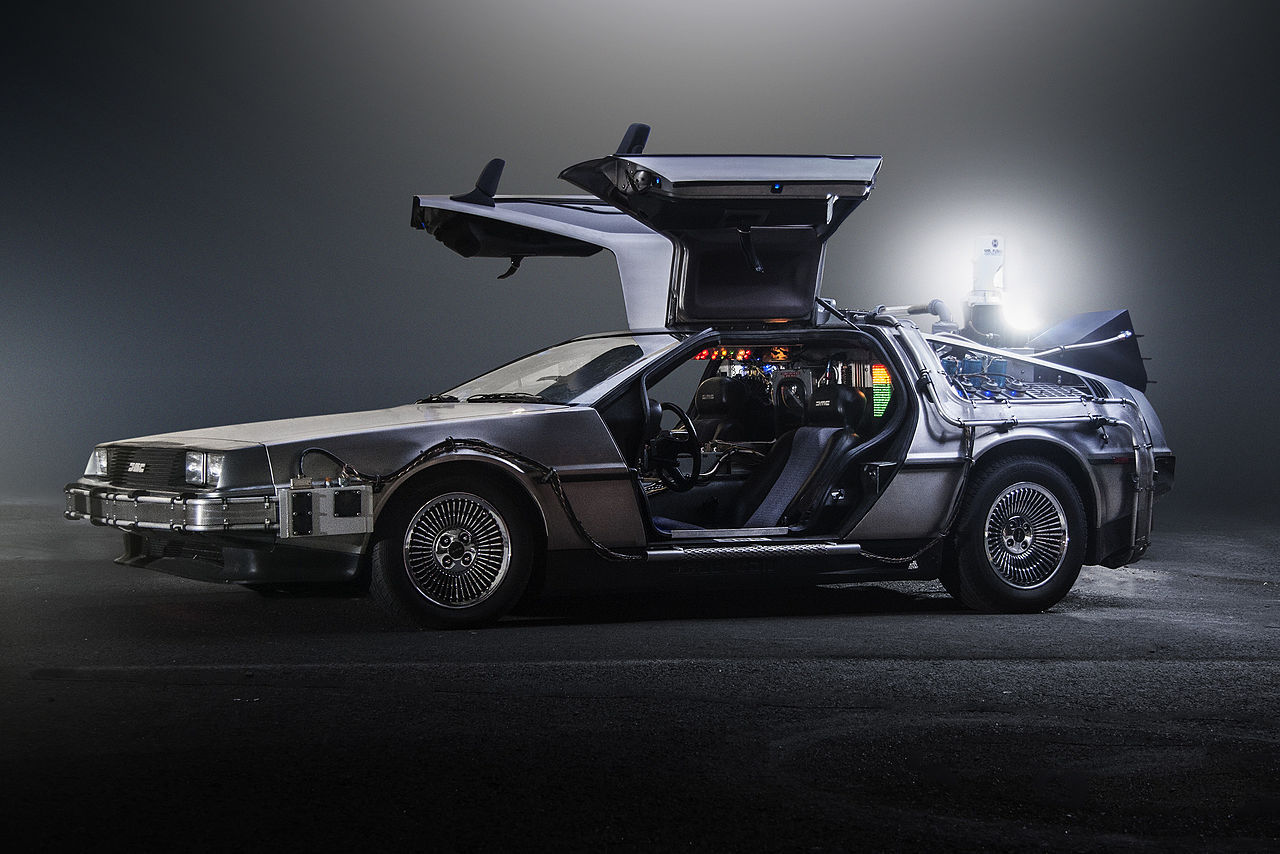 In a previous alternate history post I speculated about Big Bird dying in the 1986 Challenger explosion and killed off Caroll Spinney. In this thought experiment let's be more merciful to John DeLorean. All that is required is that John DeLorean never worked to create the DeLorean sports car. John DeLorean's life remains similar in most other ways. In this alternate timeline DeLorean still has the government funding for a Northern Ireland factory so null economic butterfly effect. I understand that realistically isn't how economics works but I want to keep this speculation simple and focused so just go with it. Instead of building a sports car the factory produces some kind of computerized sprocket for cars or the stainless-steel watches DeLorean ended up producing before his death. What was produced instead of the DeLorean sports car isn't important for this alternate timeline. In this timeline the DeLorean sports car just didn't get created and virtually everything else is on par with our timeline.

In that alternate timeline the Back to the Future trilogy also exists. But what would that be like with no DeLorean sports car? Something would have to fill the vacuum.

Back in April I wrote a post about how the original Back to the Future time machine design was planned to be based on a refrigerator. I think that original design also would have been a no-go in the DeLorean sports car never existing timeline.

The in-universe explanation for why Doc. Brown chose a DeLorean was, “The way I see it, if you’re going to build a time machine into a car, why not do it with some style.” While doing research for this post I came across an article on drivetribe.com by Ivan Alstrop offering 1985 contemporary alternatives to the DeLorean that had more "style". I think that article missed the point. The "style" Doc. Brown was referring to was the je ne sais quoi that could be seen through the eyes of an eccentric genius.

The drivetribe.com article refers to a 2015 Esquire interview with Back to the Future co-creator and screenwriter Bob Gale. Gale recounted how as product placement in the movie Ford wanted to pay for the DeLorean to be replaced with a Mustang. Gale’s response was, “Doc. Brown doesn’t drive a f***ing Mustang!”

So, what does a questionably sketchy eccentric inventor living adjacent to a Burger King restaurant (they got that product placement) drive?

The Qxir YouTube channel has an abridged history of the Dale and the story behind it.

For a more detailed narrative watch the video from the RegularCars YouTube channel below. Without the late John DeLorean the iconic time travelling sports car from Back to the Future could have been different indeed.

One More thing before ending. Someday a crazy wild-eyed scientist or a kid may show up asking about this post. And if that ever happens..