Did the Time Traveler Recommend a Good Investment?

The sixth season Barney Miller episode "The Child Stealers" first aired on January 24, 1980 according to IMDB. For the purpose of this fan theory the events in the episode occur on this date.

The episode begins with detective Harris trying to contact his broker. Harris tells detective Wojciehowicz (Max Gail) that he has revenue from his novel Blood on the Badge that he needs to invest before inflation eats away at it. A call comes in about a "jumper" on the Washington Arch. Harris leaves to deal with that and comes back with a man identifying himself as Adam Boyer, a cultural historian from the year 2037 A.D. No, he claims he wasn't suicidal. His coordinates were off and he materialized on top of that iconic marble arch. Had that not been there he would have been mid-air 73.5 feet above the ground and this fan theory would have been very different. As detective Harris is processing the self-proclaimed time traveler Harris' broker finally returns his call. Harris tells his broker that he wants to go heavy into "gold bullion...no coinage fees." As Harris talks to his broker about gold Boyer makes several grimaces. Harris tells his broker he'll call him back and then asks Boyer if there is something he should know. Boyer then recounts of a major gold discovery that would occur in Canada sometime around 1981 (the next year) that will plunge the price of gold down to $35 an ounce. Harris whistles and then laughs stating, "There for a second I almost forgot you're crazy!"

As detective Harris later puts Boyer in a jailcell Boyer explains how the plunge in the price of gold causes the world economy to collapse. According to Boyer in 1984 zinc would replace gold as a world standard.

Apparently Boyer had a lot of persuasion because the next time Boyer is shown in the episode he's still in his cell as Harris is on the phone with his broker ready to invest in a "couple of tons" of zinc after his broker quotes a price of 37.5 cents per pound.

It's not clear how much a "couple of tons" is but I'll set it as three tons for this analysis. So:

I know about troy ounce but the show uses the term "pound" when giving the price. I assume the literal term was intended in the script for calculating purposes.

According to the Inflation Calculator on usinflationcalculator.com Harris' investment would be $7,067.05 in 2020 US dollars. A 214.1% increase in inflation. 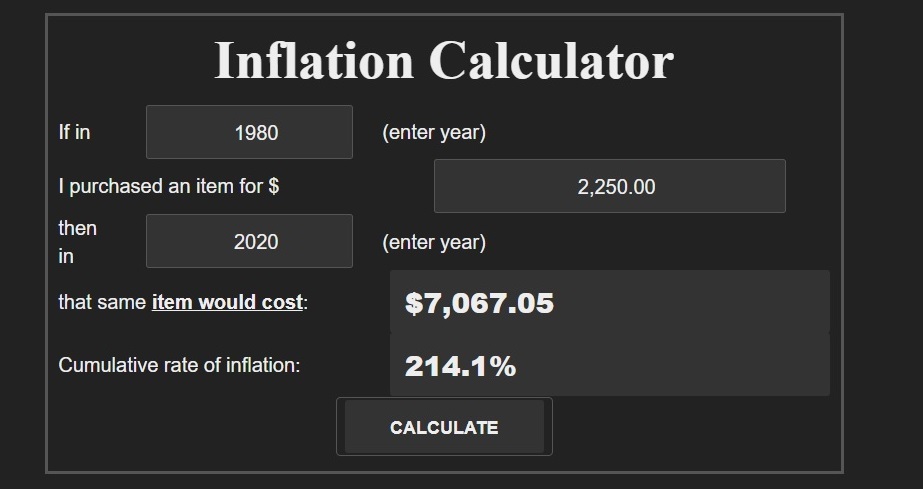 For a $2,250 investment Harris would have gotten around 3 ounces of gold. The current price for an ounce of gold is around $1,828 USD an ounce. Less than three times it's 1980 price.

It seems that the man identifying himself as a time traveler saved detective Harris from buying gold around that year's peak price before it dropped and steered him toward a slightly better investment in the long run. As thanks Harris placed a call to Bellevue Hospital so Boyer could be committed. Take from that what you will.

If this were one of my regular fan theory posts I would probably be postulating that Boyer really was a time traveler from the year 2037. That had Harris invested in gold as he would have done it would have had a butterfly effect that would have devastated the market. I might have formed headcanon that some computer ran a socio-economic model in the year 2037 and determined that one particular police detective in 1980 New York City made the gold investment that broke the camel's back and set chaos on the gold speculation market.

Maybe I might have speculated that there was a higher purpose for detective Harris. I could have gone over all the other remaining episodes in the Barney Miller series. I probably would have come up with some narrative that Boyer came back in time from 2037 specifically to get Harris to invest his windfall in a way that would have had him reconsider his investment later and sell at a loss so Harris would remain at his current job receiving a paycheck. If Harris had gotten wealthy and left the police department he might not have been at some place at the right time to intervene in some event that would have otherwise echoed through the coming decades.

But I am not doing that in this post. Maybe I won't do those kinds of fan theory posts anymore. I read a post by @nathanmars that speculates by the year 2025 HIVE tokens will be $20 and LEO will be $25. Those old fan theories didn't have content to justify using a #LeoFinance tag. If I start writing fan theories that deal with economics I can start to get both HIVE and LEO rewards before the price jump happens.

I don't know about you but I have more faith in @nathanmars than advice received through time travel. Not because that might be insider trading because becoming rich would allow me to get the lawyers who could argue that it's in no way insider trading. You just can't trust investing advice from the future. Have you seen the movie Frequency? Invest in Yahoo! stock hinted the voice from the future. There was no sequel to that movie saying, "Oh, by the way Gordo. Now that you're rich from that advice I gave you in 1969 sell that and invest in Google." What's up with that Dennis Quaid?