A week ago I started an #AlternateHistory challenge. The topic was: What if the COVID-19 pandemic hadn't happened?

I must admit to being surprised by the low number of contest entries. However, what the contest lacked in quantity of posts it made up for in quality of posts. If it had to be one or the other I am glad quality showed up.

The contest concluded having two entries. There is only one prize for one winner. That winner is... 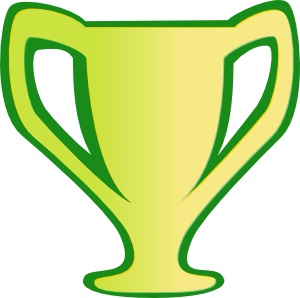 As stated in the announcement post for this challenge logic and reasoning was given the most weight when judging the entries. Nothing I read in @pusen's entry lead me to believe that the post was just some fan's wishful sports fan fiction. @pusen clearly used a combination of historical precedents and statistics to speculate and used abductive reasoning. When an event would be left mostly to chance @pusen was intellectually honest and made it clear the speculated result was a best guess.

The first to enter was @dwixer with a post about the Central Bank of Nigeria not banning cryptocurrency. As a Google News search shows there has been a lot of news coverage about that issue.

An article I read on qz.com cited an earlier 2017 circular issued by the Central Bank of Nigeria that warned businesses about the risks of trading cryptocurrencies. Perhaps without the COVID-19 pandemic the CBN wouldn't have had as good of an opportunity to further restrict cryptocurrency trading when they did and the restriction that occurred recently would have been pushed further down our timeline.

The second entry post was by @pusen about the UEFA European Championship occurring as originally scheduled. I am not a fan of sports and I live on the North American continent so I can only imagine how disappointing it was to fans that the EUROs didn't occur. As the post points out it has been something of a tradition since 1960 and the 2020 proper one was supposed to be extra special to commemorate the 60th anniversary. Several different countries would have hosted events. I looked it up and according to si.com the plans for the postponed events will still involve multiple European countries.

The aspect of the post I most appreciated as a non-sports fan was that @pusen used an on-line tool (Telegraph's Wallchart Predictor) to assist with the speculation. I guess that counts as a sort of computer modeling and I applaud @pusen's resourcefulness.

As stated before I am not a sports fan but in my mind I added one of my fandoms while reading that paragraph of the post. London, lots of people, chaotic historic event. Clearly that means alien intervention is happening and the 13th Doctor is going to show up. Back in 2006 the episode "Fear Her" had The Doctor at the 2012 Olympics in London. It's probably a good thing Doctor Who didn't similarly film and broadcast ahead of time an episode taking place during the final match of the EUROs in 2020.

What if more users had entered the #AlternateHistory contest?

To be honest I was expecting at least four or five entries minimum in this contest. If there had been more entries other topics would have been touched on. Maybe one in which Donald Trump won a second term and was still on Twitter. Maybe another entry about the Jussie Smollett case getting huge amounts of media attention and becoming this generation's O.J. Simpson trial.

Eventually the pandemic will end and live event meet-ups will happen but it will never be like what a truly first Hive live meet-up would have been like.

Thank you to everyone who entered and/or helped promote this contest.