I've created an account on a new 3D model community platform. Even though I don't have a 3D printer yet I've scrapped together more than half the money I need to start and I want to make sure I reserve my Holovision username on the platform. 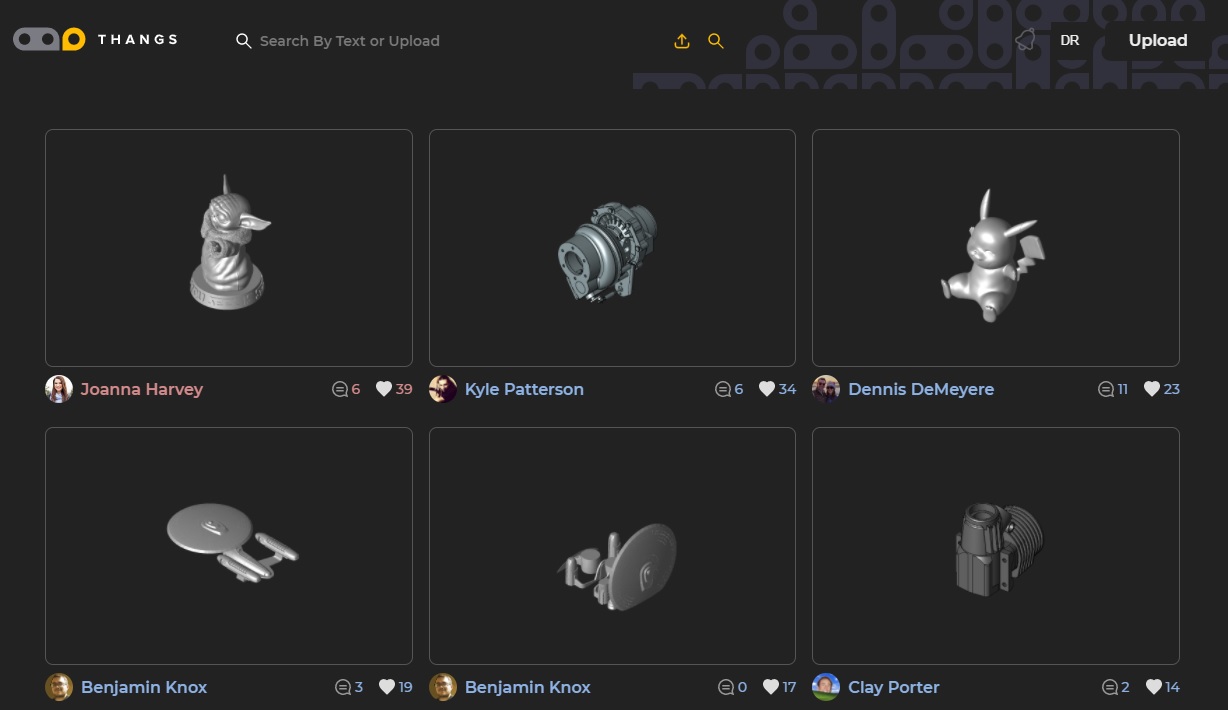 It's called Thangs. I've read about the website in a few recent Google News articles and it looks promising.

According to a press release it claims to be: "The world's first geometric search engine and most powerful online community for 3D model creators."

Thangs: Google + GitHub for the World of 3D Models So far all I've done since creating my account is doing random searches to see what's currently available and liking a few models. It looks like most of the indexed models are from other sites rather than registered users. That must be the "Google" part. For the registered user submissions I like how easy it is to view the virtual model using different options.

When I eventually submit my own 3D model creations I should be able to create a folder for each model. That's the "GitHub" part apparently. From the press release I think there should be some "smart tools" for collaboration but I don't see those. Since the site is new those tools might be in an upcoming site update.