If you haven't yet please read my first cyberpunk community post about Teslapunk. Any comments or criticism is welcome. This is kind of an open source thing I am doing to try to bring awareness to this genre of punk. 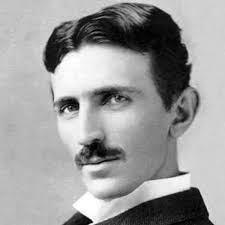 I guess the first step in building a foundation to make Teslapunk mainstream is to begin with the point such an alternate history would diverge and justify the canonicity. Also to separate it from steampunk as much as possible so Teslapunk can be its own genre.

Steampunk is often set in an alternative timeline of the 19th century British Victorian era. More specifically during the latter part of the 1837-1901 period. As an example the audio series Brass began its first episode with, "The year is 1885 - but not one that would be familiar to you. For this is a 19th century that differs in many ways from the one in our history books..."

Since the Teslapunk genre is based on a single individual's technology (Nikola Tesla) the default would be to begin when Tesla first began tinkering and experimenting. The problem with this default is that it overlaps with the historic period and landmass as typical steampunk.

Therefore 1885 separates Teslapunk from any American steampunk. 1945 ends classic Teslapunk and starts the atompunk era. A nice sixty year sandbox to play in.