Rick's portal gun is simple in exterior design. There is a dial that allows the selection of portal destination. Presumably a potentiometer is used and each resistance value corresponds to an alternate universe.

A display similar in appearance to a liquid-crystal display shows which location value is currently active. Since the dial is analog and the LCD-like screen is digital there should be an analog-to-digital converter in the portal gun's circuitry. 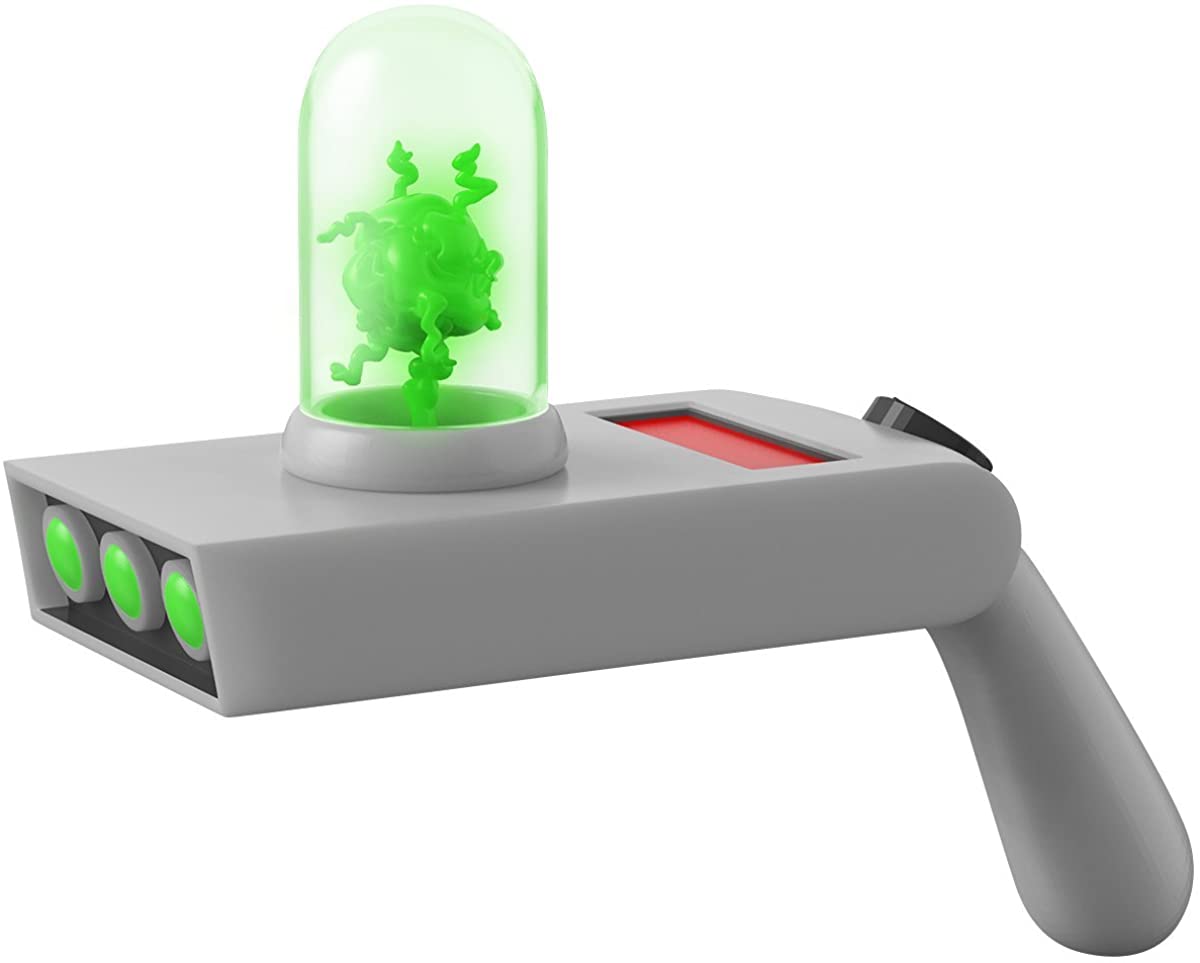 The portal gun has an unknown energy source. It could be anything from a microverse to chemically assisted nuclear reactions. Rick has mentioned several times the portal gun has a limited charge but Rick should be considered an unreliable source. Rick hates time travel but he has done it at least once. If Rick can possibly violate causality than it is at least possible Rick can violate conservation of energy.

I speculate there may be additional lower power emitters not readily visible. The Council of Ricks can interface a portal gun to a computer through the muzzle. Since there are no visible connector points; other emitters must flash rapidly to encode and receive data. If this is so the portal gun should have a photonic modem.

Interface through muzzle of the portal gun is not the only means of input/output. The portal gun has been "hacked" remotely by "Evil Morty" and can transmit a signal to the Council of Ricks when the portal gun is damaged. There must be some transdimensional transceiver in the portal gun. Whether it is electromagnetic or scalar in nature is unknown.