My First 3D Printing Attempt Was (Almost) a Success

This is a post I've been delaying. Mostly because after my experience with the Monoprice printer I wanted to make sure I had a decent 3D printer this time. After using up the sample PLA spool of filament everything still seems to be good. Expect several posts about my 3D print projects over the next few days as my posts catch up to where I currently am at.

The Elephant in the Room (is on the 3D Printer)

The Tronxy XY-2 Pro came with a microSD card and a USB card reader. On the MicroSD card are instruction manuals in several languages, a slicer program, and several sample models already formatted in .gcode files ready to be printed.

The Dinosaur.gcode was tempting but I decided to print Elephant.gcode. This was because the sample spool of filament that came shipped with the 3D printer seemed a little brittle. It's free filament so I can't complain as long as it doesn't break too often going through the printer. Along with the printer I ordered a 1 kg. spool of red Hatchbox PLA filament. From what I've read on the internet that should be a good filament to continue with after I go through the free sample.

The sample, easier to break than it probably should be, spool I got was white PLA and I thought using that to print a "white elephant" would be rather amusing if not completely apt. 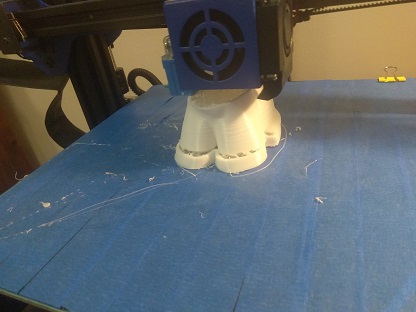 I inserted the microSD card into the slot in the back of the 3D printer. After that I made sure the bed was properly leveled and the Z offset was correct. All I had to do then was select the print. 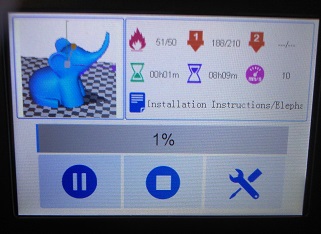 The 3D printer's nozzle began to draw the outline of the model's base and fill it in. Layer by layer the model was being constructed from the bottom up. 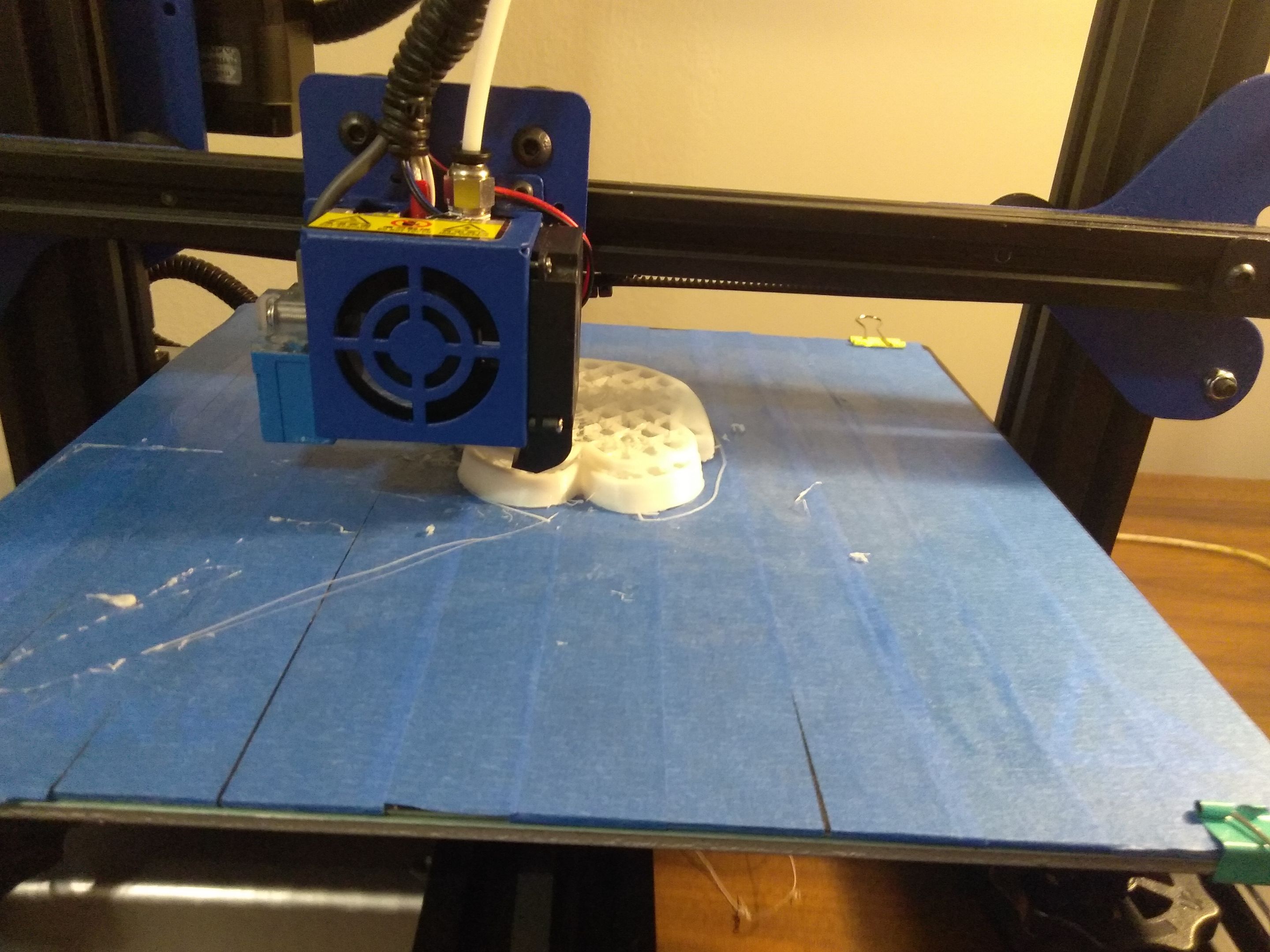 At around the 15% done point there was a quiet scraping sound of the nozzle running across the model. Since this was from a pre-sliced file and I am just getting into 3D printing with no prior experience I thought maybe it was smoothing an area as part of the process. After a few minutes the sound ceased and it seemed fine. Later around the 60% done point the scraping sound returned and it was louder. I stopped the printer immediately at that point. 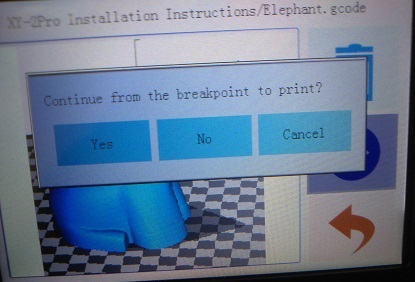 After some inspection it seemed to me that around the 15% done point I didn't notice that the nozzle might have pushed the model back and then corrected itself misaligning the bottom of the model. Later something really bad was going on around the 60% point. I did an internet search trying to find common reasons a nozzle would scrape a model being 3D printed. I found a post on 3dprinterly.com suggesting an adjustment of the Z-endstop. I couldn't find a Z-endstop while examining the 3D printer and it wasn't shown in any diagram in the user manual.

I e-mailed Tronxy support and they replied back that the Tronxy XY-2 Pro's Z axis limit and leveler are integrated and suggested increasing the Z-offset.

From what I've read the nozzle should be between 0.06mm–0.2mm above the printer bed. I was conservative and had the nozzle at 0.08mm. Being too close might have been the problem. I couldn't find anything that seemed wrong in the settings.

Just in case I printed a calibration model next. That will be tomorrow's 3D printing post. 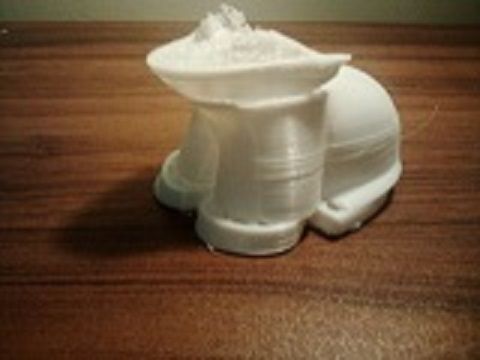 Since I am getting into 3D printing as a hobby I guess I should start adding some links to my 3D printing posts and start networking.