My plan is to start a meme tribe on hive. 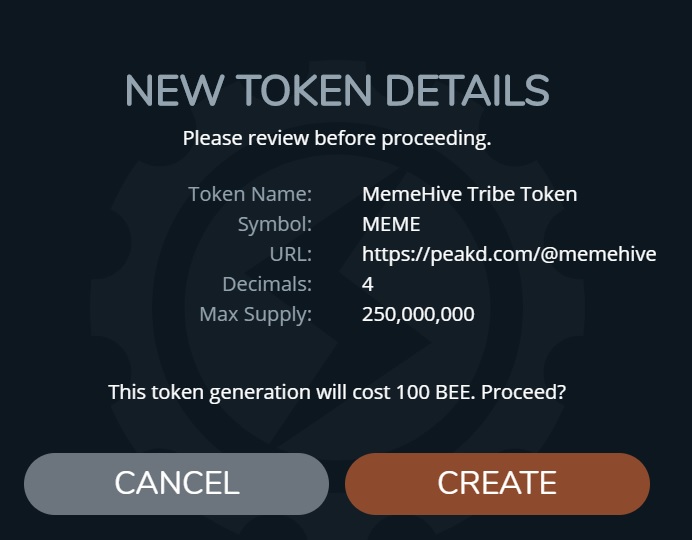 For anybody with MEME steem-engine tokens I am offering a trade-in deal during May 2020 for the MEME hive token.

Here's how the trade-in offer works:

It may take up to 72 hours from the time of your reply to this post requesting hive MEME tokens for the hive MEME tokens to be issued. I will do it as quickly as I can but I can't guarantee there won't be delays. This is all being done manually.

The trade-in offer is only good from the time of this first posting through the end of May 2020 and is based on the steemd.com transaction timestamp. Any transaction with a June 2020 or later date will not be valid.

After the May 2020 trade-in offer ends no more MEME hive tokens will be produced until after the basic meme hive tribe is fully funded.

Even if all the steem MEME tokens are traded in that represents less than 10% of the total maximum hive MEME token supply.

Plans for the meme hive tribe:

Currently I have personally funded the @memehive account with 1,030 BEE tokens and I have an active open BUY order for another 70 BEE at 0.75 HIVE each.

The minimum basic tribe costs 2,000 BEE (1,000 BEE for staking and 1,000 BEE for SCOTBOT Initialization). There is also a rule about tribes staking one BEE token for every active account that stakes the tribe's token. Therefore, the current 1,030 BEE is enough to purchase staking and to cover 30 active staking accounts for MEME.

All that's left is to get 1,000 BEE more which costs roughly 1,000 HIVE. I've already started a full powerdown of both my @holovision SP and HP to help further self-fund the tribe. I've also issued 10,000,000 MEME to @memehive as my share of the trade-in deal for burning steem MEME. The price of hive, and thus the BEE token, has rapidly increased in the last two weeks. Hopefully what my powerdown can't cover for the 1,000 tokens for SCOTBOT @memehive selling hive MEME tokens will. Of course, having a trade-in offer means @memehive will be competing against anyone who trades in their steem MEME and tries to sell hive MEME.

When @memehive reaches the 2,000 BEE goal the staking parameters for MEME will probably be set at a 28 day unstaking window with four payouts during that time.

For SCOTBOT settings for the MEME token this is what it will probably look like. The parameters might be changed a little bit. Anybody can also leave a reply comment to this post about their thoughts on this: