Don't like "Mad Scientist Mondays" yet? Well, today we've got the man who will change your mind...into someone else. 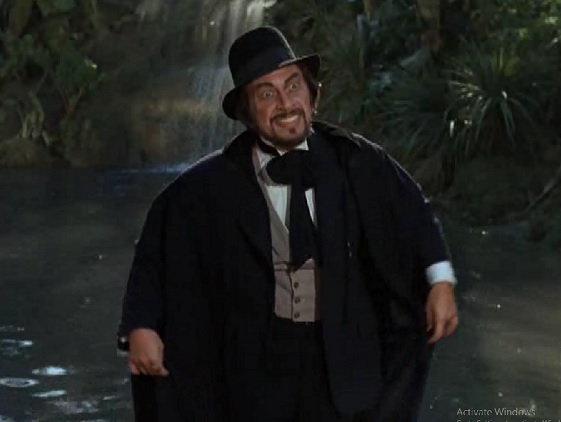 Dr. Boris Balinkoff (Vito Scotti) spent years conducting experiments into "animal transference". Eventually, his experiments progressed into the human subject stage. For specimens he chose seven castaways marooned on a nearby island and brought them to his castle with the offer that he would return them to civilization.

Dr. Balinkoff was gracious and allowed the specimens to move about freely until they proved to be nuisances. Dr. Balinkoff confided his plans to Thurston Howell III (Jim Backus) of swapping the minds of political leaders with followers loyal to Dr. Balinkoff in order to rule the world. Mr. Howell balked at the idea and violated Dr. Balinkoff's trust by sharing the plan with the other castaways. Mr. Howell wasn't the only one to betray Dr. Balinkoff's trust. His manservant Igor (Mike Mazurki) hijacked his transference machine to swap bodies with one of the female castaways (Tina Louise). The castaways, due to their prejudice developed while being hosted, forcefully assaulted Dr. Balinkoff and Igor and locked them in one of the two cabinets of Dr. Balinkoff's machine. Seeing that a cat and dog had gotten into the other cabinet Gilligan (Bob Denver) maliciously turned on the machine to swap the minds of the doctor and his manservant with the animals.

Due to being bad guests before Dr. Balinkoff could get around to returning the castaways to society and stealing his boat, the force of karma sank the motor boat right after the castaways returned to the island.