Note: This week's selection is because I recently wrote a Teslapunk Music post.

The thing most criminal about the 1966 Batman TV series is how underappreciated this supervillain is. The Minstrel (Van Johnson) is an electronic genius virtually equal to Batman's engineering wizardry. If anything this supervillain is too much of a match for Batman. The Minstrel was more capable of thinking steps ahead than the other Gotham criminals and was one of the few that could naturally manipulate Gotham City's public opinion in his favor. 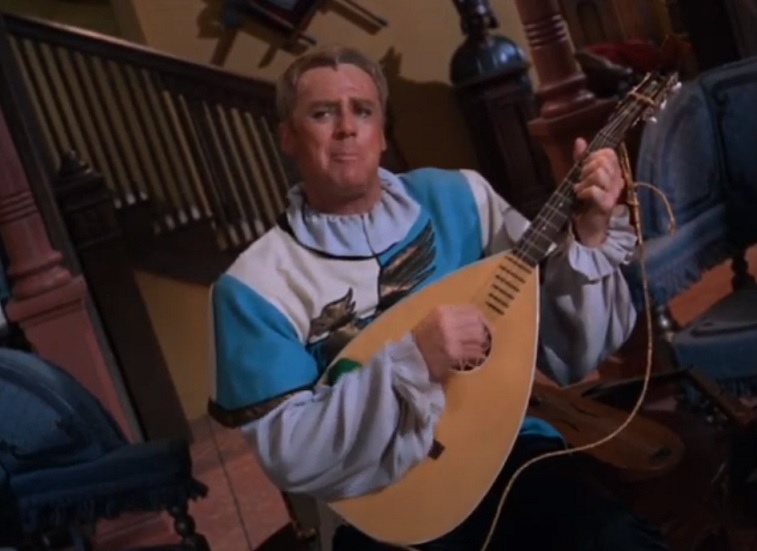 According to the Batman fandom wiki The Minstrel was only in the two-part story of this series and no other appearances in comics or other media is listed. The wiki entry mentions The Minstrel teaming up with Siren to steal a piano but I can't find any more information about that.

We were all teased with The Minstrel vowing to escape jail and kill Batman and then we were left hanging. Maybe this is due to embarrassment because so many people wrote to Detective Comics pointing out that electrical energy and sound both travel in waves but they're NOT THAT SIMILAR AS ROBIN AND BATMAN STATED. STUPID BATMAN LOGIC! Sound waves require a medium. Electric energy waves can propagate in a vacuum. That's why the equations look different.

Either pick up a physics book or expect one to be thrown at you when mistakes like that are made.