Anyway, Dr. Heinz Doofenshmirtz is a passable inventor of evil gadgets and can cook up schemes; most of which might look good on paper but hardly ever work out as intended. His enemies are his brother Roger and a (just like Dave Barry I am not making this up) government secret agent platypus that wears a brown fedora hat named Agent P. 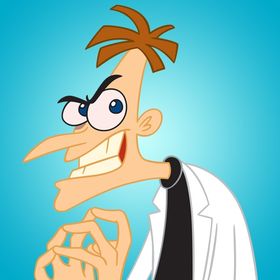