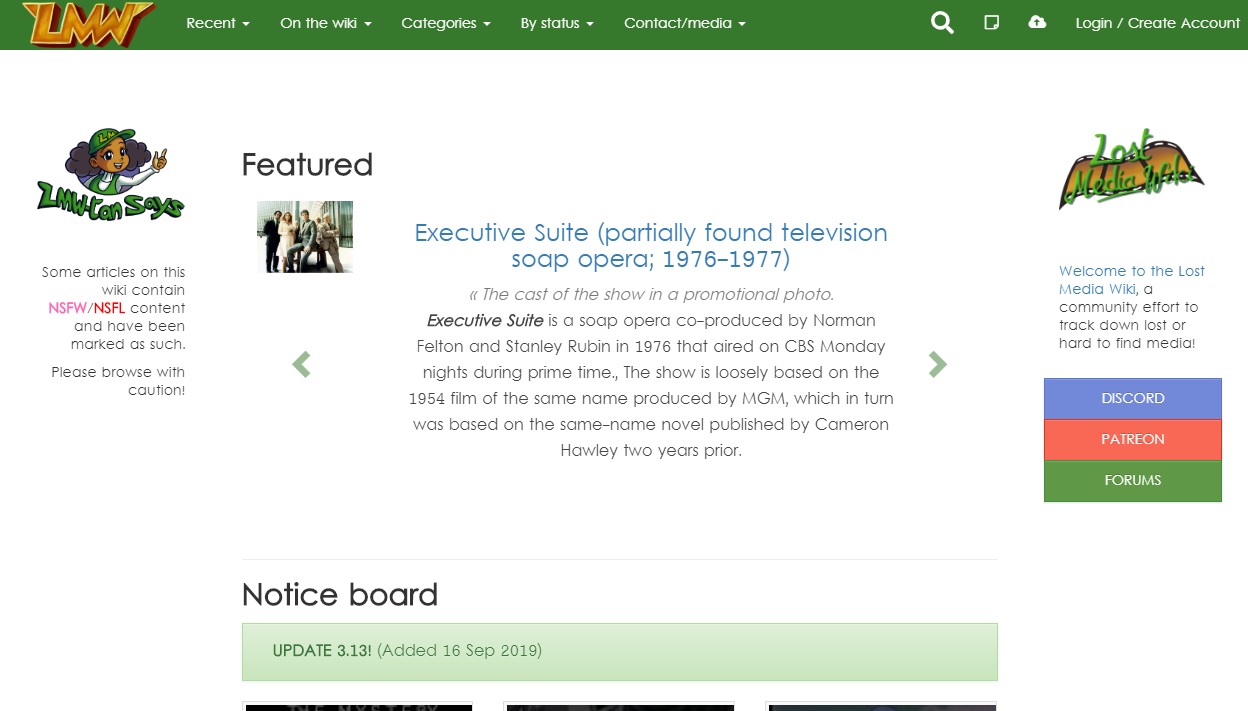 "Lost media" is media (audio, video, print, ect.) either not available to the general public or media that is not known to have existing copies. The Lost Media Wiki documents this kind of media and community members on the forum discuss, research and often try to track down media that may still exist, even if it is just clips. For example, there are episodes of the original Doctor Who series that only have audio and stage photography but no known surviving video. A more recent example I found on The Lost Media Wiki is the 2003 Fox reality TV series Married by America. A few clips from that reality TV series can be seen but the series was never rebroadcasted and the episodes can't be seen by the general public. Someone could have recorded one, two or all 8 episodes on a VHS or DVD and still have it not knowing the series is considered lost media and rare.

This is posted on Steemhunt - A place where you can dig products and earn STEEM.
View on Steemhunt.com