I was able to complete the second course in the current Epic Games competition to learn how to use the Unreal Engine platform. It covered the Blueprints functionality of Unreal Engine as a visual scripter and how to combine it with C++ for increased possibilities to design a game environment.

Here's the thing: I've spent part of this year learning the Python programming language and I am rather unfamiliar with C++.

There are some parallels between Python and C++ but many of the concepts presented in today's course were new to me. I watched the video presentations and I was able to pass the four course assessments after a few attempts. 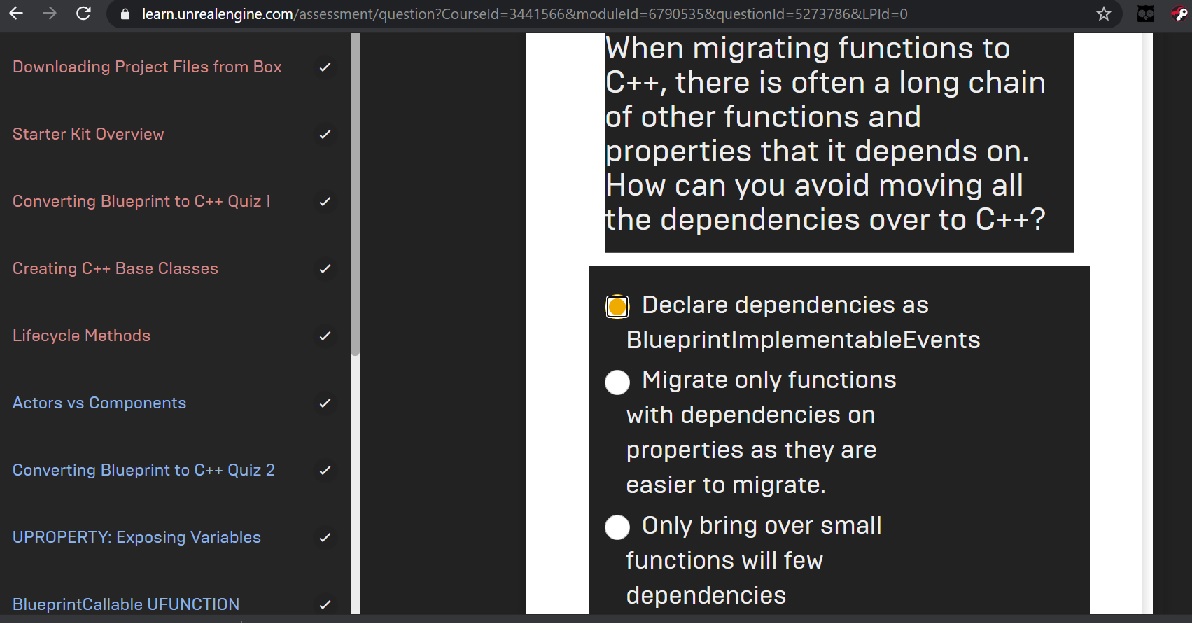 The quizzes on the unrealengine.com learning course portal are basically open notes, multiple choice tests with no time limit. I am a good test taker. I can pick up on key terms and eliminate one or two possible answers in each question that are obviously wrong. However, my ability to pass the course today does not directly relate to understanding the material as well as I could have.

After the competition I should find some beginner tutorial videos for C++ on YouTube and after some studying I can go back and revisit the second course.

Tomorrow should be easier to handle. The third course "Creating Photoreal Cinematics with Quixel" is estimated by the unrealengine.com site to only take around 43 minutes to complete.