Is Justin Sun Hiding Something? 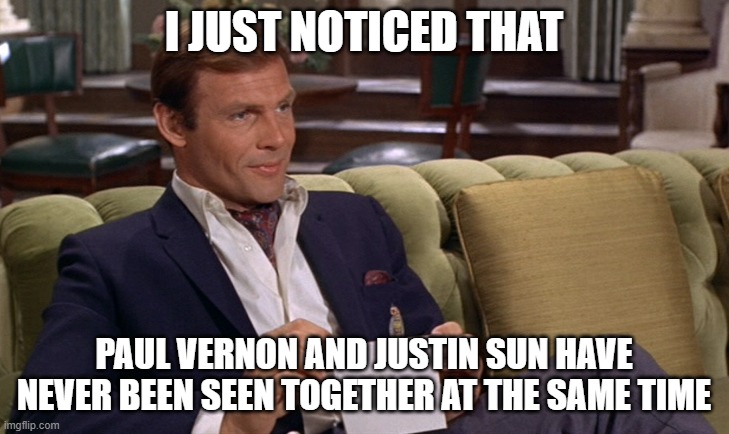 It seems the powers that be over at Steemit are far beyond doubling down. The news is that once again a hardfork is planned to be used as an economic weapon.

I write "Mad Scientist Monday" posts as an apologist for evil geniuses and I think what the Steem network is going to do is bad. What does that tell you?

But i am also the admin of a Fan Theories community so let's hypothesize a scenario based on real world POV facts: The Cryptsy.com exchange files for bankruptcy in early 2016. The CEO Paul Vernon runs from the law and according to a cointelegraph.com article, "...is believed to be presently hiding in one of the countries in Asia." China is an Asian country and just based on population it would statistically be a good country to pick if looking for a person in Asia.

Around 2017 Justin Sun shows up introducing Tron. What if the Cryptsy timeline and Tron timeline aren't distinct but one leads to the other?

I am not suggesting Justin Sun didn't exist until 2017. I am hypothesizing maybe Justin Sun was replaced around 2016-2017. 11,000+ bitcoin went missing with Paul Vernon along with other crypto that were in users' wallets (including mine). With millions of dollars worth of assets virtually anything is possible.

Since a "based on a true story" claim for a movie can be factually loose I think we've got a Hollywood masterpiece potentially here. Eat your heart out The Social Network.

Screenrant.com would probably claim a movie about Paul Vernon replacing Justin Sun seems a lot like the reverse of The Outer Limits episode "The Hundred Days of the Dragon" but that's just coincidence.