"LEGO® is a trademark of the LEGO Group of companies which does not sponsor, authorize or endorse this site."
Source: https://www.lego.com/en-us/legal/notices-and-policies/fair-play/ The other day @print3dpro brought up the possibility of legal risks that might result from 3D printing objects found on-line. I can't fault @print3dpro for feeling averse when intellectual property trolls exist but I think worrying about legal risk shouldn't have a chilling effect on the 3D printing community.

I should point out that I am not a lawyer due to some good life choices I've made. I believe that I have a soul and I don't assume "war on poverty" means I have an obligation to weaponize my education and talent against the poor. "Ignorantia juris non excusat" is a legal principle meaning "ignorance of the law excuses not". As a creative person I've researched what intellectual property law says so I can know what's allowed and where the boundaries are.

I have more to write about that but this post is about 3D printing and Lego. Lego-looking bricks seem like a good example for discussing intellectual property law being applied to 3D printing. They are simple, relatively quick to print, can be made with virtually identical material and dimensions and no additional material or assembly is required to print a Lego-like block.

The YouTube video I linked below is from October 2019. Around that time the rights holders for LEGO were issuing DMCA takedown notices for "fan art" 3D models compatible with Lego blocks.

To make this post a little more timely I'll note that less than a month ago 3dnatives.com had an article about newly developed 3D printed plastic beams for construction that were compared to assembling Lego blocks.

Comparing and compatibility with Lego blocks can be the point. Due to the precision of Lego blocks 3D printing a compatible connector demonstrates a 3D printer's accuracy.

From what I can determine (feel free to counter in the comment section below) all sources agree that the patent for Lego blocks had lapsed into the public domain several decades ago. This would seem to indicate that there's no infringement of any patent by 3D modeling a Lego block facsimile using CAD software and 3D printing it.

Except for cases such as character figures it also seems unlikely to me that one could infringe on a copyright protecting Lego blocks simply by 3D printing a similar plastic brick. There are several legal generic versions of "interlocking blocks" that happen to fit together with Lego blocks. 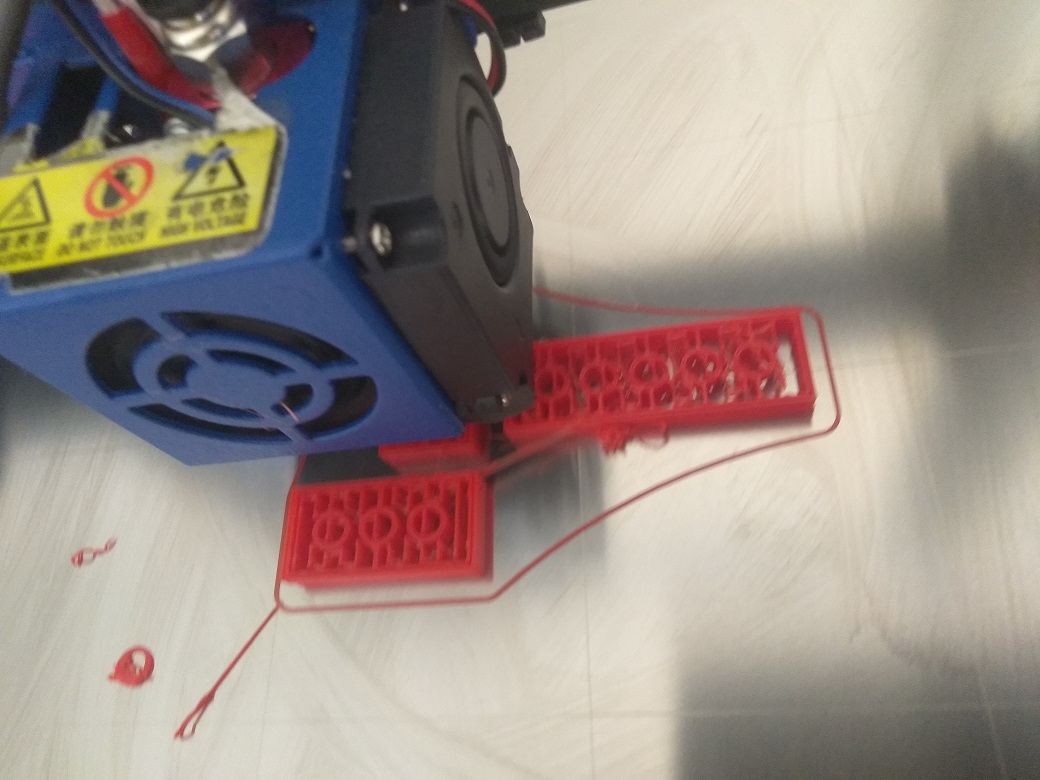 I believe "happen to fit together with Lego blocks" is a statement of fact that won't get me into trouble. I know I can't claim I 3D printed a building block "Lego compatible" because LEGO is a trademark and they have a rule against that. Arduino is a different trademark that has different rules. I can say a board I designed "is compatible with Arduino". If that Arduino board happened to also neatly snap onto a store bought Lego brick it would be "compatible with the leading design of interlocking blocks". Can't use the L-word there. Also having something whose trademark allows compatibility to be claimed in close proximity to a trademark more litigious might cause irreparable damage to the space-time continuum and lead to vacuum decay. In the United States there is "nominative use" which is like copyright "fair use" defense against claims of trademark infringement. I might be using that since LEGO's rules for how the trademark is supposed to be used states:

If the LEGO trademark is used at all, it should always be used as an adjective, not as a noun.

ain't me fault no english good. me public skool educated. Please no sue me.

I understand that LEGO doesn't want to become a genericized trademark and they feel that they need to be more strict than how an open source platform would protect their trademark.

I should point out that the "Lego" in "Lego.gcode" on my 3D printer's display is an acronym. It stands for "Legal example something something". The model files are from Thingiverse. I assume the user SmokyFrosty put "Lego" in the .stl file names because of reasons. I can 3D print a building block with ABS filament similar to the plastic Lego blocks are made from. It can be the exact dimensions as a Lego block. It can snap into a Lego block. That's all legal it seems. I just can't say it's a "Lego block" that I 3D printed.

Just like Stewie and Brian after Halloween we're left looking at plastic blocks but have to use alternative names to label them. It has to be that way since @print3dpro is living the educational television version of The Truman Show and we're all just actors and production crew. Someone should have spent more time world-building the intellectual property laws but I guess suspension of disbelief makes the version we portray seem plausible.