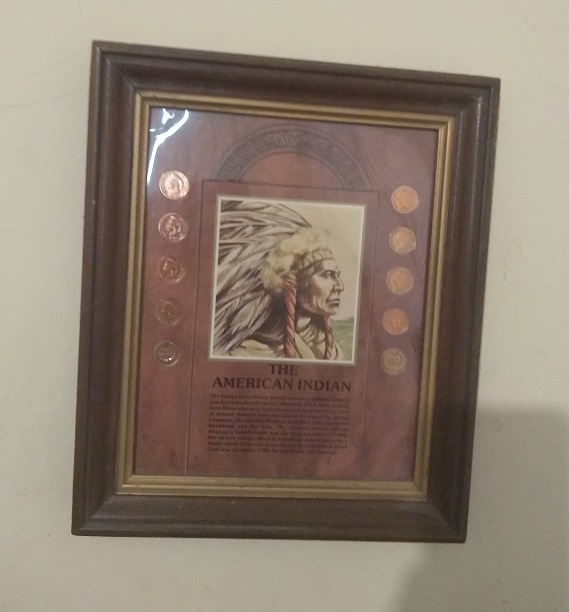 This is another one of my historical collectibles in a frame. I got this from my grandmother at least 20 years ago and all of the pennies are over a century old. Each one is only worth a few dollars but it is a piece of American history I plan to always keep.

The text on the frame states:

The Indian Head Penny gained instant popularity when it was first introduced into circulation in 1859. Many people, even those who were not collectors, began hoarding them in dresser drawers and cigar boxes. Designed by James Longacre, the obverse displays an Indian princess in full headdress and the date. The original reverse side displays a laurel wreath and the denomination. In 1860 the reverse was modified to include an oak wreath with a small shield at the top. Even though the last Indian Head Cent was minted in 1909 its popularity still remains.