I Increased My WEED Stake 500% Today

I've never tried cannabis and the closest I've ever come to a psychedelic experience was probably when I was listening to Art Bell interview Terence McKenna on the radio back in the late '90s. That didn't stop me from increasing my WEED stake to 420 WEED through a 255 WEED stake earlier today and an 80 WEED stake within the last hour. 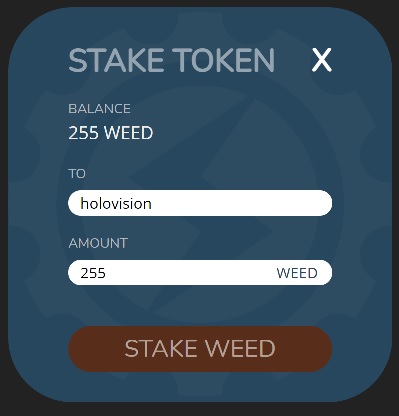 Yeah, I know. The final total was on purpose. Maybe I could have waited to buy more WEED on April 20th for the shtick but right now WEED is relatively cheap compared to a month ago. I have the HIVE to buy WEED now so why wait to see if the buy price will stay low for another week? 0.03 HIVE per WEED seems like a deal to me as a long term investment.

It's not a large stake increase in terms of equivalent U.S. dollars but I need to pace myself. I've decided to sell off a portion of my AFIT to buy tokens I don't have much of that I can stake. More token stake increases will happen soon as I strategically sell off more than 100,000 AFIT. 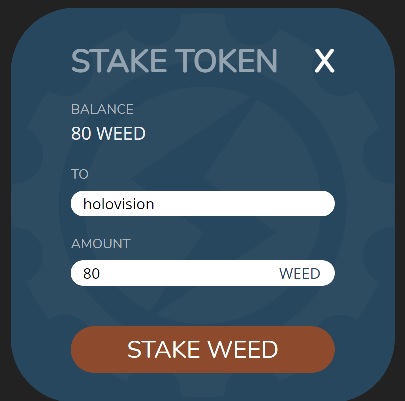