How Many D.buzz Posts are Theoretically Possible?

In case you don't know d.buzz is a micro-blogging DApp powered by the Hive blockchain. When a user has an account and goes to d.buzz the first thing the user will see is a box that a short "buzz" can be typed out to be placed on the blockchain for anyone to read. 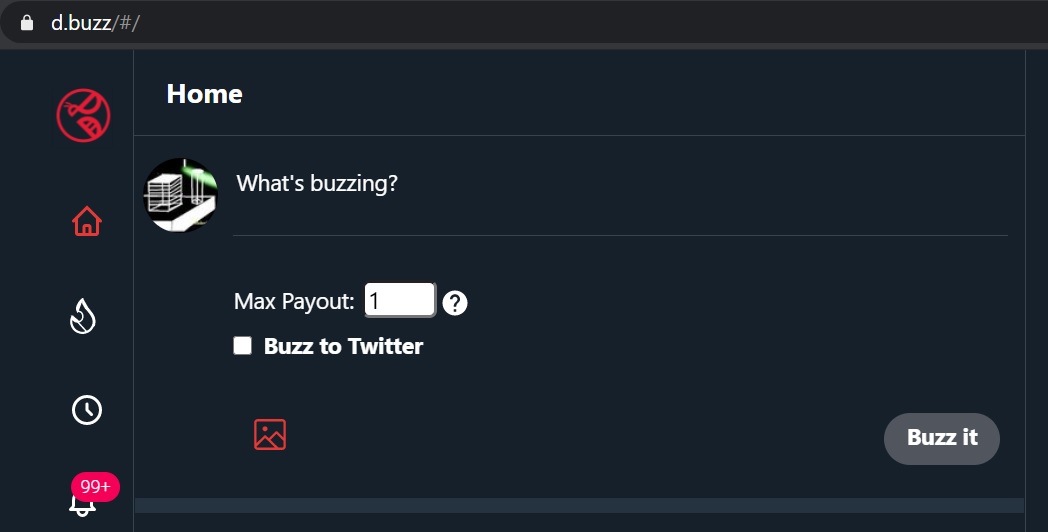 There is a limit of 280 characters when creating a "buzz" from this blank space. Even with that total character limit it seems like virtually anything can be shared within reason. News, opinions, personal updates, scathing insults directed toward certain people who denied a grant proposal involving monkeys typing on laptops and other miscellaneous.

With a limit of 280 characters; how many d.buzz "buzz" posts are theoretically possible?

For this thought experiment imagine that there is an Arduino project setup (because that's not "potential animal cruelty") that randomly generates 280 character strings and posts them on d.buzz. This is the archetype of a "spambot" but no monkeys are used if that makes the reader feel better.

What exactly counts as a "character"? For this thought experiment a "character" is whatever can be displayed in a d.buzz post and/or typed out using a US English QWERTY keyboard. That's what I am familiar with and what I use for typing.

For the US English QWERTY keyboard there are:

There are of course other special characters and symbols such as the © symbol. Including the copyright symbol though seems kind of pointless since posting on the internet means that someone will soon or later plagiarize this for a school assignment. Anyway, it looks like on alt-codes.net there are around 300 characters available using Microsoft Windows. You Macintosh people use the Option key to make special characters. Same difference as far as I am concerned.

We can add the 1,816 emoji characters number to the rounded 300 alt code characters number. The inexact character number of special characters should have no significant affect on the final estimate of all possible d.buzz posts that will be calculated shortly.

Tthe 95 QWERTY key characters, 300 alt code characters and 1,816 emoji characters gives us a total of 2,211 possible characters that can be used 280 times in each string. 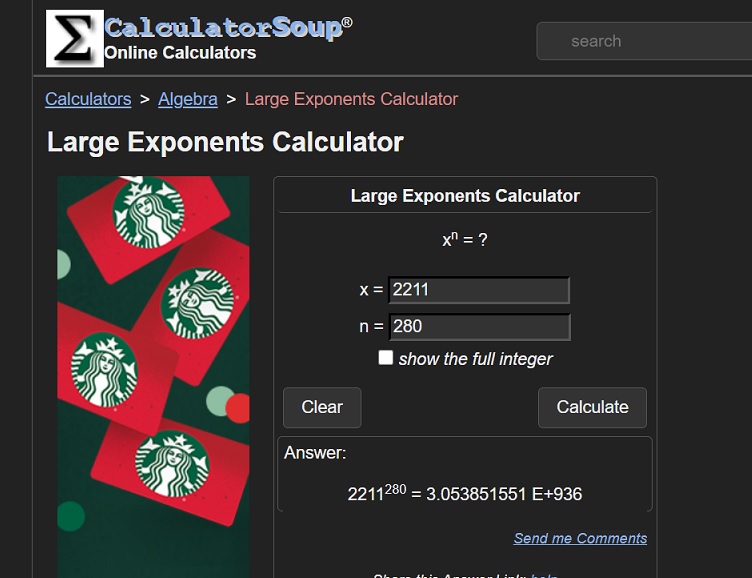 There are some unknowns that underlie this problem. How many words in English are there? There are words in the dictionary but there are also "words" such as surnames, acronyms and neologisms. How will the theoretical total change if more emoji characters are added in the future? What if someone uses something other than a US English QWERTY keyboard to post to d.buzz because they do not know any better? What if monkeys successfully subjugate humanity because humans were complacently micro-blogging rather than keeping the monkeys in their place?

When dealing with unknowns such as the exact number of possible characters and the number of randomly generated strings that would contain an intelligible message; a process called a "Fermi estimation" can be used. One of the most well known examples of a Fermi estimation is answering the question, "How many piano tuners are there in Chicago?"

The estimate of 2,211 possible characters can be rounded up to 10^4 possible characters. The "intelligible" part is a little more tricky. I know from taking some psychology classes at my local community college that the human brain is somewhat decent at pattern recognition and filtering out some noise. For example that strikethrough a few paragraphs back because...I was joking. Yeah. That's it. I was joking. Even with the horizontal line the text is still discernible.

I believe that Zipf's word frequency law and cryptographers being able to crack codes based on the frequency each letter of the alphabet is used demonstrates that the English language isn't completely random. I'd estimate that one out of every 100 trillion randomly generated strings would have a minimum amount of intelligible meaning.

To give that large number some perspective according to universetoday.com it is estimated that in the observable Universe there are somewhere between 10^78 to 10^82 atoms.

I might be off in my estimation though by more than an order of magnitude. I also haven't done tests such as verifying that a short message surrounded by space characters can be successfully submitted and posted on the d.buzz site without error. I assume that would be equivalent to the same short message not surrounded by space characters. Performing tests like that on d.buzz might be misinterpreted by the @dbuzz team as having a more sinister intention. I could try to explain that it's experimentation and not spamming but I am sure they've heard that one before.

Even if hypothetically d.buzz didn't care about spam and just allowed any randomly generated gibberish to be posted time itself would moderate the rate at which posts are made. Once a post is made on d.buzz the Hive blockchain dictates that approximately five minutes has to elapse before another post is made. An additional estimate could be made to determine whether or not theoretically all possible d.buzz posts could be randomly generated and posted to d.buzz before the expansion of the Universe results in a heat death. I'll be lucky if this post gets upvoted beyond a 1 HBD value and I've already worked several hours on this post so I might save that extra effort for another post.

Alternatively since this thought experiment's Arduino project randomly generates a d.buzz post once every five minutes and just sits there idling the rest of the time I could estimate how much energy would be consumed to generate all possible d.buzz posts. In that case I would title the sequel to this post "How Many D.buzz Posts are Theoretically Possible? Part 2: Electric Boogaloo".

Update: In the reply section below @d-zero shared a link for a YouTube video that calculates Super Mario Maker levels similar to how I calculated the total number of possible d.buzz posts. Spoiler: The levels outnumber d.buzz posts in that video's estimation.

I question the video's one in a million use but I am the one who used one in 100 trillion so maybe I am more conservative when doing Fermi estimations that large.