My project for today is making an Ouija board for fun. What could possibly go wrong? 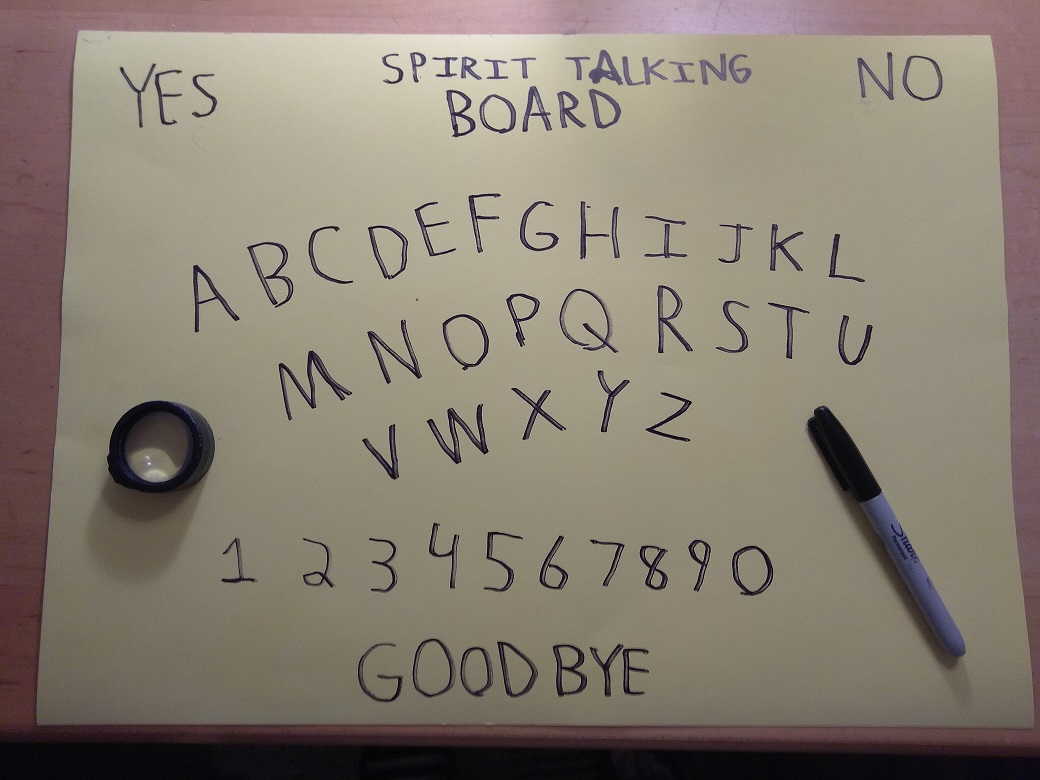 First, when I refer to it as "Ouija board" I am using that as a generic term for a spirit board or talking board used in spiritualism. Currently Hasbro, Inc. has a registered trademark for the word "Ouija" but the word is generic enough to be a noun defined in many different dictionaries. The word can also be found in the title for patent US446054A "Ouija or Egyptian Luck Board". That patent was granted by the United States Patent Office back in 1891 and has long since lapsed into the public domain.

Of course, I want to play it safe. Maybe demonic spirits exist and maybe they don't. There is pure evil in the world though. To ward off the creatures known as intellectual property trolls I labeled my board "SPIRIT TALKING BOARD".

There is an Instructables.com article with five steps for creating an Ouija board by user Slasher118. I based my board design partly on the original 1891 patent and mostly on this article. One main thing I didn't do that the instructables article suggested was putting cross symbols on the board. I wanted to design this strictly as a DIY board game so I avoided even slight idolatry by not using any symbols at all.

Can this communicate with spirits? It seems to me there are some limitations. The spirit would have to know the English alphabet and be able to write words using the alphabet. I don't know the statistics of how many dead people from the beginning origins of the modern English alphabet through today are in that group but public education is a rather modern system. I don't think literacy was a priority in the highly agricultural societies of centuries past. Within that group it would be my luck to get an Anglo-Saxon scholar from 1000 A.D. I also don't know the statistics of what subset of that group would also be from a society that had the concept of zero in their math.

Looking at the Wikipedia entry for Ouija board's intellectual property it looks like there are no modern patents. The most recent one seems to be a 1964 patent US3306617A "Message Device With Freely Swingable Pointer" filed by Thomas W Gillespie. Maybe it's time to bring talking boards into the 2020s with augmented/mixed reality smartphone apps. Maybe throw in some NFC for smartphones with that feature.