For over two years I have been posting mostly as a hobby. I've been happy being a small account but after some recent comments on my posts I've come to the conclusion it's time to start seriously focusing on increasing the Hive Power and growing my account. I've already taken some steps to do that. 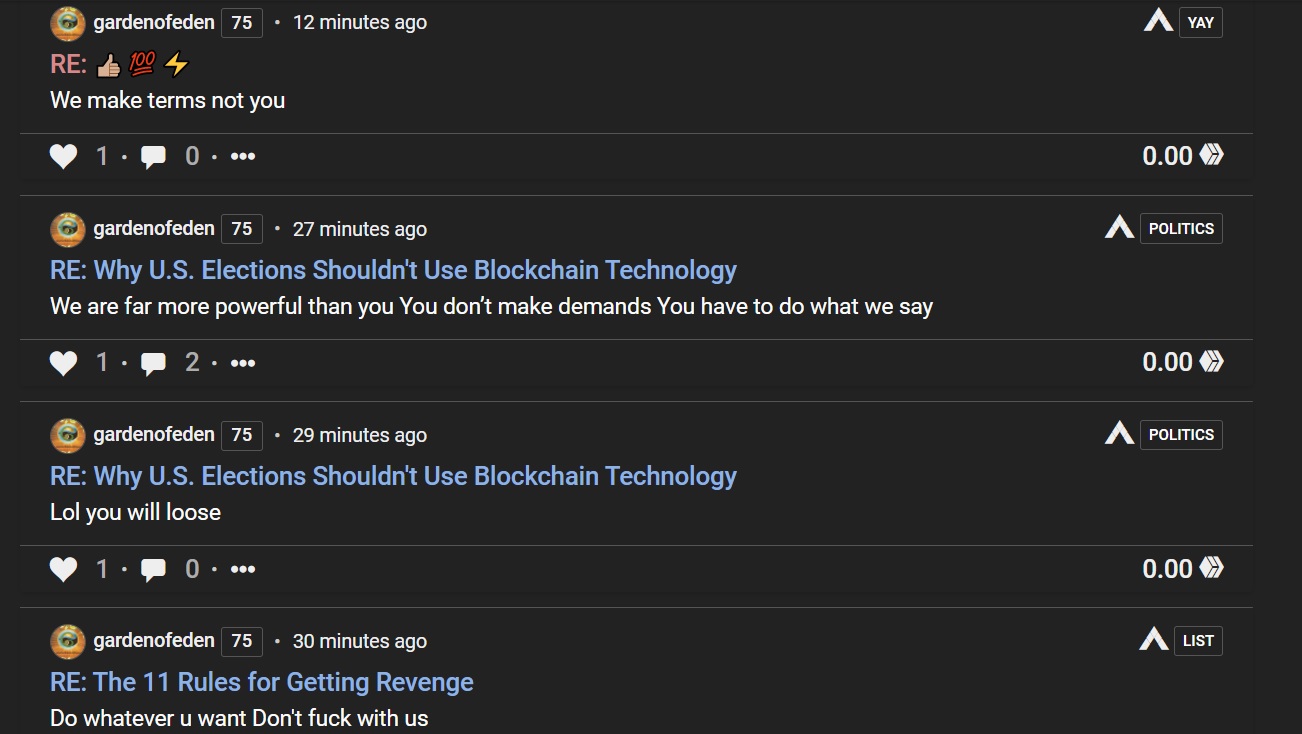 I've started unstaking my @holovision account's tokens on hive-engine.com. I've also begun selling off all the funds I put into the @memehive account on hive-engine so I can convert them into Hive to be powered up for my @holovision account. It's not something I really want to do but it's necessary. My hope was to start a meme tribe after the current pandemic was over but after being forcefully coerced to leave the downvote trails I was participating in I now realize that I am not in a favorable position currently to be starting a tribe on the Hive platform.

I wish things were different and the world didn't have people that believed it was perfectly acceptable to wield the power that their wealth gives them against the poor. This is the way things are sometimes. I don't have the HP to back up my absolute rights to downvote how I chose or to freely associate with groups that work to promote values I believe in. The best way to back up those rights is to start building up my Hive Power so the field can be more even.

I thank all those who helped to support my attempts and who participated in my May 2020 steem to hive MEME trade-in. I will still continue to have access to the @memehive account. Maybe someday I can return back to my MEME Hive-Engine token project but right now I need to focus on myself before I start focusing on starting a tribe.

At least I still have freedom of speech as long as I don't downvote. That's something. I wonder if freedom of the press is also included with that or if I am only allowed to speak vocally.