This post is an update about forming an anime steem engine tribe. Some information may change later before the launch of the tribe. A proper whitepaper will be posted in early December.:

So far the plan is to have a January 01, 2020 launch. The minimal cost for setting up a steem engine tribe (what is referred to as "The cheapskate" plan) is 2000 ENG. Plus some additional ENG tokens staked for active users. By the end of this week @animetoken should have 1000 ENG and then have the rest of the funding by mid-December.

Right now I am about half-way through a class at CSU Dominguez Hills. When it ends after the first week in December I'll have more time to get everything ready and promote the launch of the tribe.

Why an anime tribe? Anime has a large fan community that really doesn't have the kind of presence it should have on this platform. This platform still has the potential of being a great way for independent creators to share their creativity. Fans create user content on other sites owned by corporations which basically makes fandom volunteer work generating content to increase a website's value when it comes to internet search engine placement. Anime token will incentivize members from the anime community to join this platform and share their thoughts and opinions. Staking and upvoting artist content using the anime tribe's tag will be a way to become a patron of anime art while receiving curation rewards. Quality content shared with the tribe will be rewarded while the contributors retain the rights to the their work.

The priorities of anime tribe will be:

The tribe's website domain has been registered and it is animetoken.moe. As stated on nic.moe:

The word “moe” (in Japanese: “萌え”; pronounced as “moh-ay”) is a slang word rooted deep in the Japanese Otaku culture. It has often been used to mean a particular type of “adorable” or “cute” towards fictional characters, people, animals, etc.

“Moe” is a very versatile word used to express a deep feeling or passion for something you love....

Going with .moe was chosen to complement the type of quality content that will be featured on the tribe website. Currently a very simple webpage has been put up on the domain. After launching the anime tribe and making sure it has enough staked ENG tokens to "keep the lights on" (as @aggroed puts it) the next priority will be to get Nitrous so animetoken.moe will look more like stemgeeks.net or creativecoin.xyz.

No ANIME tokens will be available until the time of the tribe's launch. At the time of launch staking and SCOT will be enabled for the ANIME token. There will be an airdrop to around 100-200 accounts (amount not yet determined) of ANIME tokens and an initial release of 500,000 ANIME put on the market. Another 500,000 ANIME will be issued to @animetoken because 1.) @animetoken can do it and 2.) @animetoken needs ANIME whale voting power to ensure copyright infringing material gets downvoted because if there are intellectual property problems the first head on the chopping block will be @holovision, the founder of the tribe.

The word "anime" to most of the world is Japanese animation. In Japan the term is more generally used for any animation. As long as it is good quality content about animation the content will be acceptable but it is recommended that if a user is using the anime tribe's tag for animation posts at least 10 percent minimum of the posts should have anime, aeni or donghua related content.

That's it for now. I might have forgotten a thing or two to be included in this but I can include that in a future update if I have forgotten something. 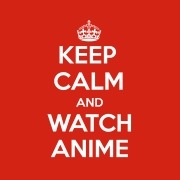