Note: This is a #deadpost for the @whatamidoing Deadpost Initiative Week #1 contest.

The original Steemit post was posted on May 22nd, 2018 after watching the recent Timeless episode "Mrs. Sherlock Holmes". That was somehow the inpiration.

This was something of an experimental post. I took a public domain 1950s TV episode and gave it the Mystery Science Theater 3000 treatment using a freeware video editor program. It didn't turn out as well as I'd have liked so I didn't attempt that again. Mostly because I am better at writing than speaking.

The original video post on d.tube no longer functions (probably because it didn't get a payout and had very few views). I retrieved it from my archive and made it a YouTube video.

What else can you do with the worst Sherlock Holmes case other than review it?

Hijinx ensue when a group of women plan to blow up lions around London in order to protest. However, the women don't know anything about bomb manufacture. When they figure out there's no such thing as a "bomb store" they hire a local anarchist. A politician is killed in an explosion but that seems to be a minor detail in this Sherlock Holmes whodunit. Sprinkle in some sexist humor and you've got this 1950s TV classic. 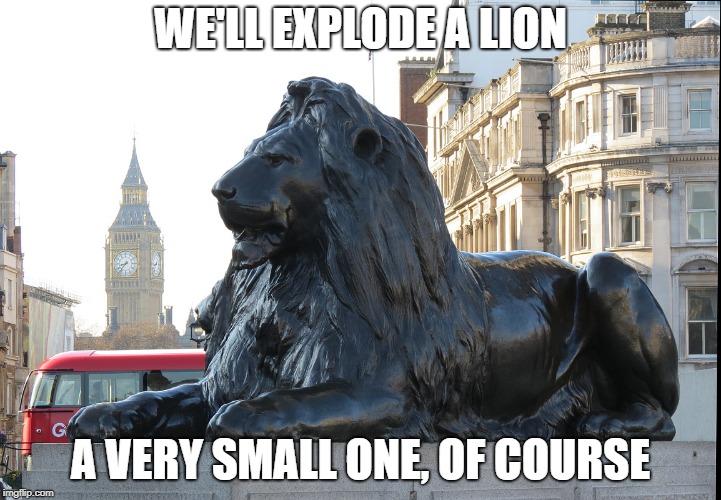