I've been trying to figure out how to connect 1980s culture with the recent pandemic.

Anyway, after seeing a recent post by @newageinv and my own recent experience this evening I finally found the parallel. In hindsight it is so obvious: Shortages. Like most things 1980s it all comes back one way or another to the Soviet Union.

Here's an example of an old Soviet joke I found on medium.com to demonstrate what I mean:

An old man in the USSR lines up for hours to buy meat, only to find out there’s none left. He flies into a rage, screaming about how horrible and stupid communism is.

A KGB agent walks up to him and tells him to calm down, adding “don’t forget what happened to people like you back in the old days” and making a “gun” shape with his hand.

The old man goes back to his apartment, empty-handed. His wife says, “they’re out of meat?”

He replies, “it’s worse than you think: they’re out of bullets.”

The way I was told the joke back then it was bread instead of meat. The man made an anti-communism remark after being frustrated waiting for hours in line. A man walked up to him warning him to watch what he was saying. The frustrated man said he didn't care and repeated the same anti-communism remark. The stranger warned him again to watch what he was saying. After a third time of making the remark the stranger said, "You were warned!" and walked away. After that it was announced there was no more bread and everybody needed to leave. After returning home the wife asked if he got any bread. The man replied, "The store is out of bread and the secret police are out of bullets.".

The point is there is a subgenre of political humor that can be repurposed for a new generation that hasn't known Soviet jokes. The shelves are starting to become empty and leadership can't keep up. Either we cough or laugh and it's said laughter is the best medicine. 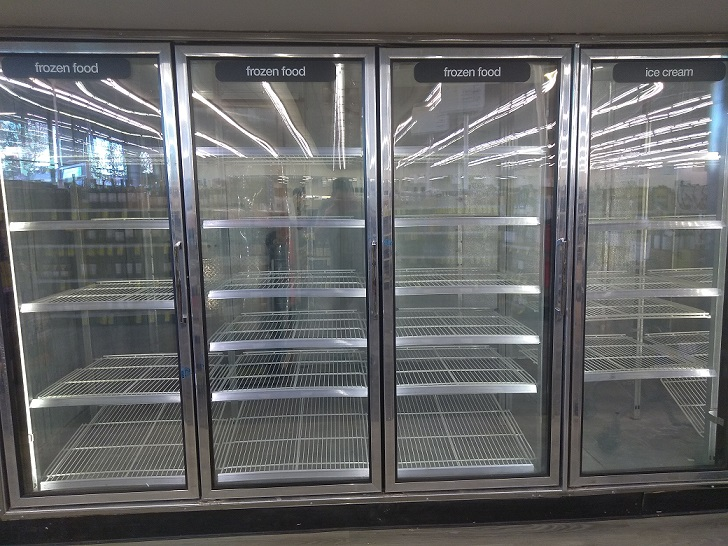