I recently completed all 750 levels in the mobile game Futurama: Game of Drones. I am not sure what to do now.

There is a card collecting part of the game I haven't completed yet. On the other hand the game hasn't been available on Google Play since last year. There's a chance the servers might no longer offer service before I can collect all the cards. I've already had the experience a few times of trying to use an app and discovering it no longer is functional.

It also seems that after completing the game a few game features such as Wheel of Robots is no longer available. Maybe that's a sign that I should move on?

If I remove Game of Drones from my smartphone then I can start playing a different game. So I guess I'll probably be removing this game from my phone soon. 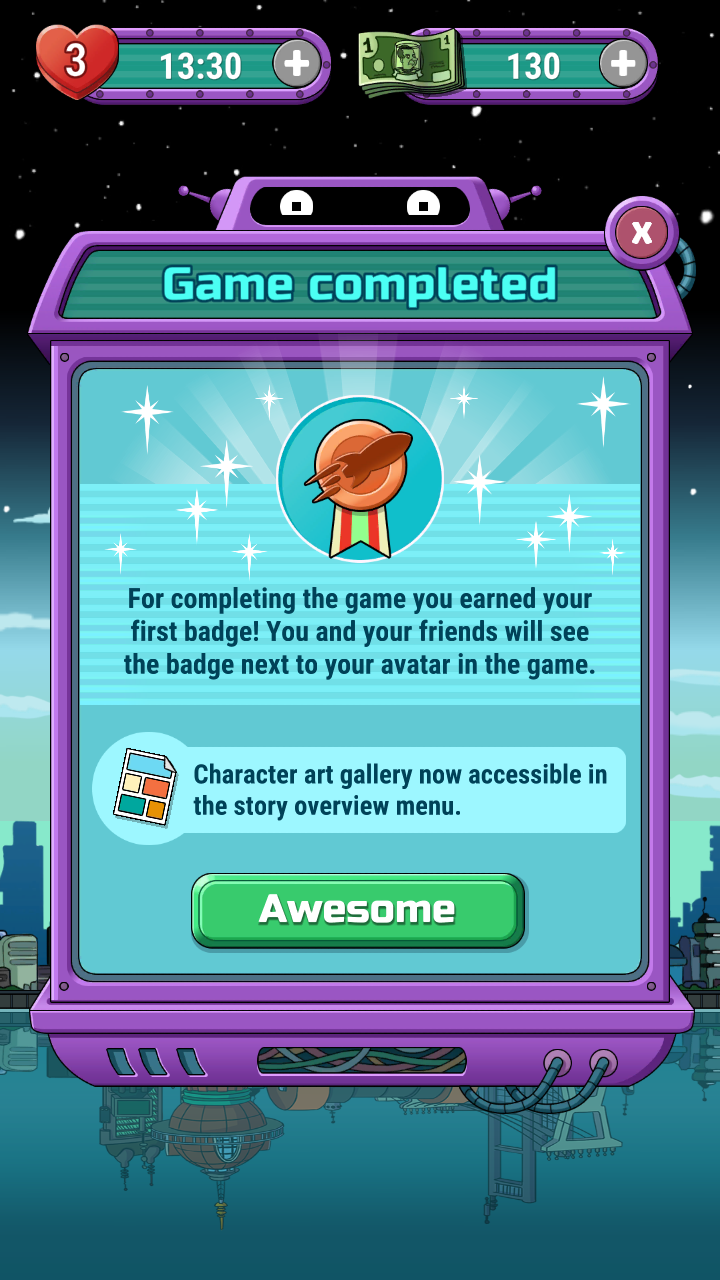