Here's a great meme from Pinterest that I think is pure genius (pun intended). I love this parody of the Beatles' Abbey Road. Dexter is John Lennon. Professor Farnsworth is Ringo Starr. Rick Sanchez (C-137) is Paul McCartney. Last but not lease Professor Frink is George Harrison.

In the Universe in which they are the version of the Beatles the "Paul is dead" conspiracy theory would be "Rick is dead". If any of them were to have that kind of urban legend about them it would definitely be Rick from *Rick and Morty). Surely the choice of Beatles replacement for this meme wasn't an accident or arbitrary. Each replaced member of the band makes sense to me. 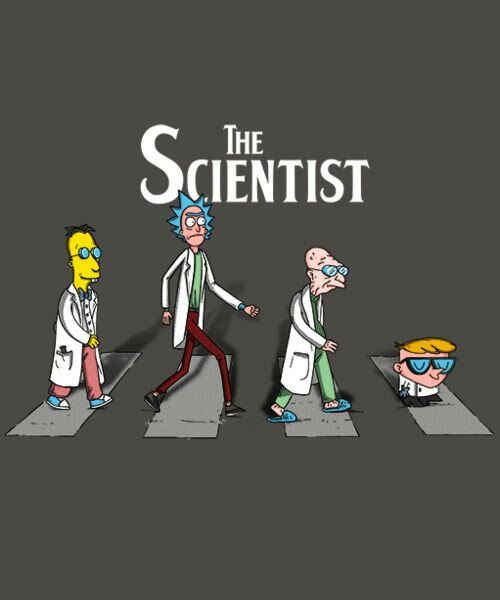