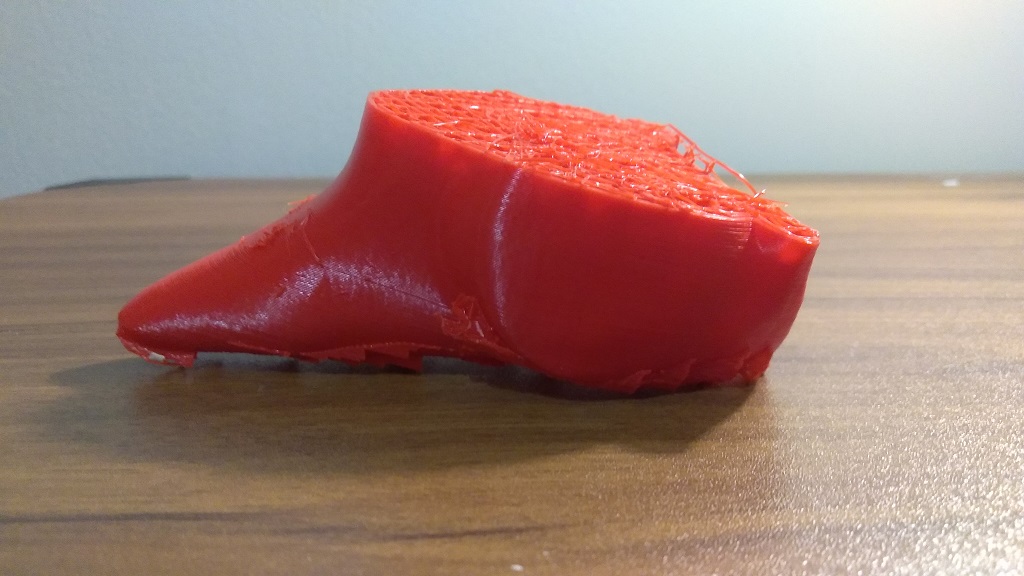 I made a really simple mistake today that caused a print to fail after almost three hours of printing. Due to my own negligence the model I was setting up to convert to G-code was hovering a little above the floor in the slicer program. Because to this there was almost 2 millimeters of nothing but supports under the dinosaur I was trying to print. After almost three hours the model lost its grip on the print bed and I could see what went wrong.