I believe now after some observation and experiment that the "pause problem" I had the other day wasn't what I thought it was. The pause menu option on my 3D printer probably does stop running the G-code. I thought it skipped some steps but there might have been an additional problem before the PTFE tube popped out of place.

Something else I've noticed about my 3D printer's display characteristics are the percentage done bar and the estimated time until the print is complete.

The following pictures are from the display readings of a recent large model task.

According to the slicer software that processed the .stl file and the start of the print the estimated time to complete the print was roughly 7 and a half hours. By the time the print was finished almost 10 hours had elapsed.

I used the Tronxy slicer software that came with my 3D printer and I haven't altered the firmware in any way. Why such a large error in calculating the estimated time until completion? I need to look into that. 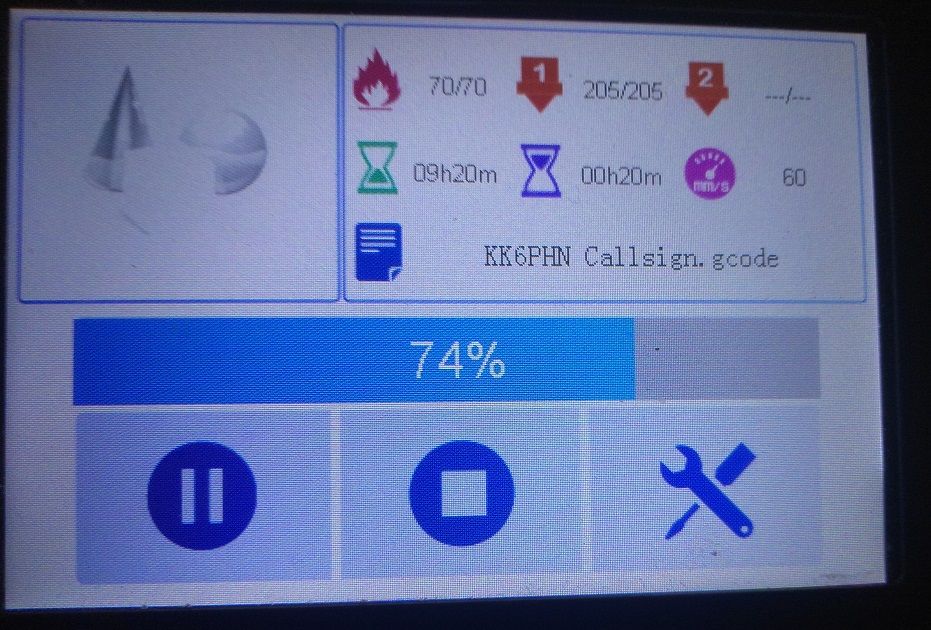 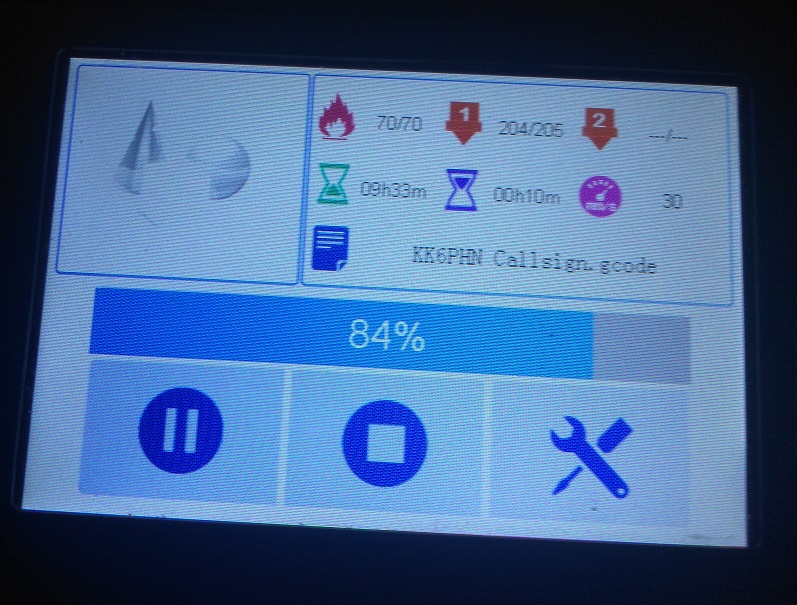