I didn't have time to watch an Isaac Arthur video today on YouTube. I guess instead I'll review the new filament I've been using in my 3D printer.

Previously I was using the 0.25 kg. sample spool that came with my Tronxy XY-2 3D printer. It was slightly brittle. I know from researching 3D printing before getting a printer that after a few months unused PLA gets brittle but it was like that straight out of the package.

The additional 1 kg. spool I ordered with my 3D printer is red PLA made by Hatchbox. I started recently using it and it is much better than the Tronxy sample spool. I haven't had any problems yet with it breaking. Maybe it's my imagination but the new filament also seems to flow out of the nozzle more easily.

I hope their black PLA filament is as good as their red. I plan to order some when I am ready to start printing the parts for a MakerScanner. 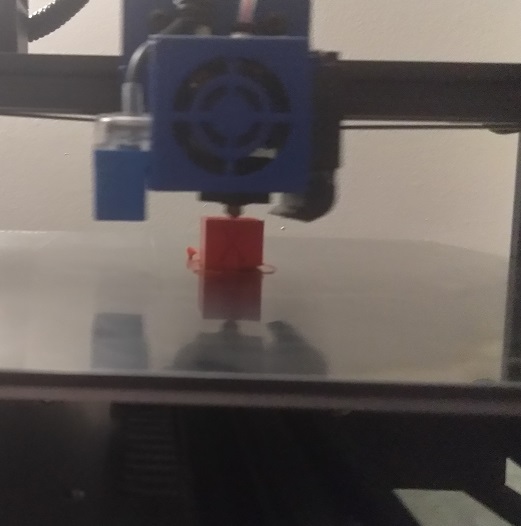