This piqued my curiosity since I wrote a post about the BLOG token last month. Based on hiveblocks.com and the short announcement post about BLOG token with several comments from other users but no official replies it seemed @blogtoken had either stopped using or abandoned the account shortly after creating BLOG. Maybe the keys to the account were lost? I thought waiting to see whether or not the token's official domain would be renewed later this year would be an indicator and now 5 million new BLOG tokens became the indication @blogtoken is still active.

The @faireye post had a small screen capture snippet of the transaction so I went to the Hive blockchain explorer and found the transaction that issued the 5 million BLOG.

The transaction roughly doubling the amount of BLOG tokens in existence at 01:44:27 UTC on February 16, 2021 can be used as a starting point to create a timeline for what will happen to those 5 million new BLOG tokens. Around this time while sleuthing I realized that while I was writing my previous post about BLOG token I forgot that Hive-Engine is a sidechain of Hive. The Hive explorer shows BLOG tokens being issued for content rewards but the best way to track buy and sell orders easily is through the Hive-Engine Explorer.

I really wanted to see the buy and sell orders @blogtoken might have been making since it looked like a few hundred thousand BLOG were being dumped on the market at a cheap price shortly after 5 million BLOG tokens had just been created. 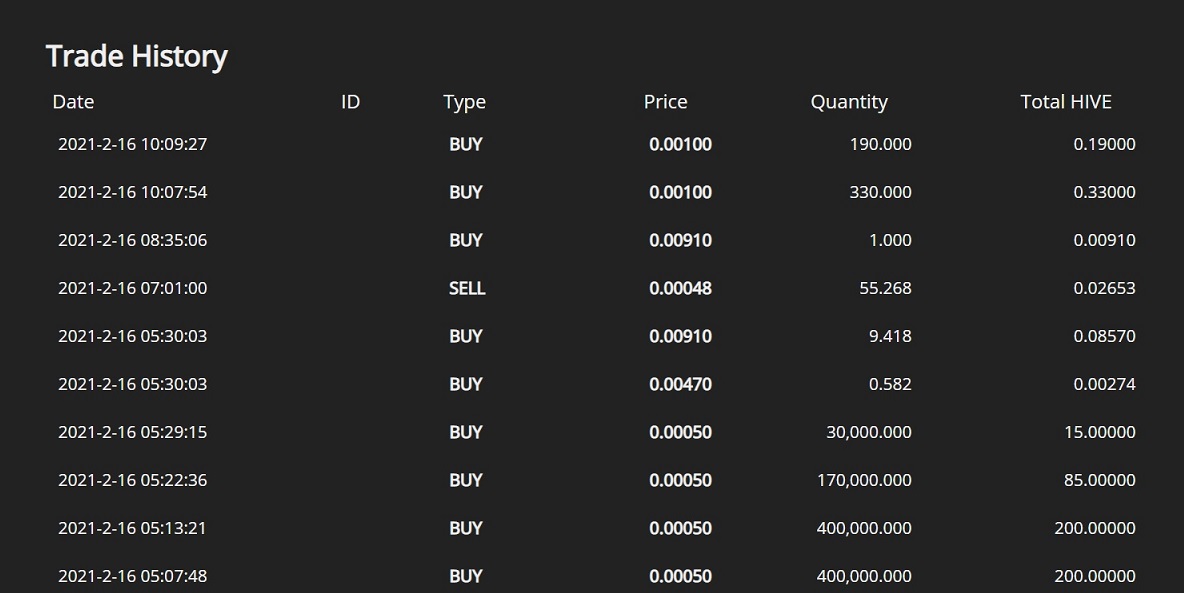 Correlation is not causation but I believe a strong case could be made based on the HE Explorer that ever since around the time I posted my previous article about BLOG token on January 23rd @blogtoken's buy and sell order activity of BLOG has dramatically increased. During that same time period there have been no posts or replies to user comments on the @blogtoken account. It's theoretically possible that whoever created @blogtoken also created a bot that is trading BLOG but I don't see the pattern fitting with how a bot would behave.

@faireye's post shows concern about BLOG which I find understandable. I wouldn't agree with the opinion of hive-engine not being decentralized since a token account can issue tokens. That's probably more of a misunderstanding due to applying the literal dictionary definition of "decentralization" rather than interpreting the word as a term of art when discussing blockchain technology. The frustration toward @blogtoken's lack of transparency is justified.

The issuing of tokens is part of the nature of a smart contract. It's necessary for automated cases such as rewarding user-generated content. When I moved from Steemit to the Hive platform I held a trade-in program in which users could burn their steem-engine MEME for hive-engine MEME which I issued from @memehive.

When @blogtoken places buy orders for tokens it can issue for free to itself such as 700000 BLOG at 0.00015 HIVE per BLOG that looks at least a little odd. I know that some tokens have had it in their plans to buy their own token strategically to benefit the token holders such as the steem-engine token CAPTCHA. CAPTCHA claimed it would rebuy to burn their token. The issuing account of a token with a limited small max supply might have to rebuy tokens after all of the tokens have been issued in order to maintain a reserve for rewarding content creators. Supply simply isn't a problem for BLOG. There are still a little less than 990 million BLOG left unissued and the recent transaction creating 5 million BLOG roughly doubled the amount of BLOG in circulation. This would only seem to result in @blogtoken profiting at the expense of artificially depreciating the value of BLOG for all other users. 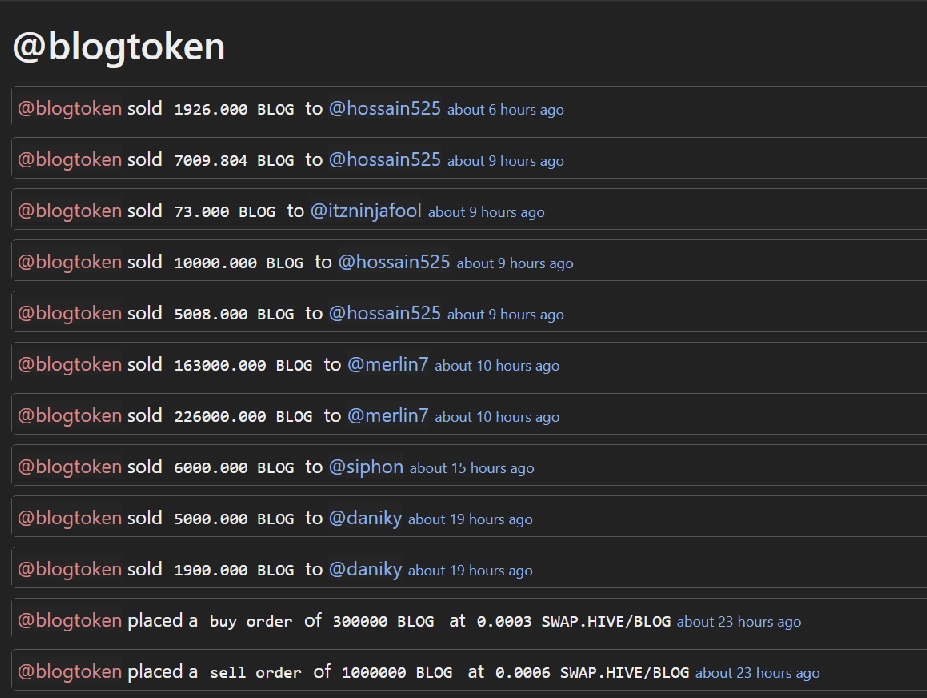 I haven't set MEME to reward content yet but I have set PAY to be staked and reward political content. I choose not to issue PAY tokens from @politicalhive to be dumped on the market willy-nilly because that would undermine my intention of incentivizing more political content on the Hive platform. PAY isn't worth much currently selling around 0.00019 HIVE but that is determined by supply generated by content rewards v. demand from users on hive-engine.com and not a price engineered by myself.

I titled this post as a question. Unfortunately it's a question I can't answer. @faireye speculated in a reply that it might be market manipulation. I would like to give the benefit of the doubt to @blogtoken and assume that @blogtoken is raising funds to add features such as token delegation but seeing the various buy and sell orders @blogtoken has placed makes that hard for me to believe. As pointed out earlier in this post the buy and sell activity by @blogtoken has seemed to increased since my previous post about this token. If whomever is behind @blogtoken ever reads this post please be aware that the blockchain is public and eyes can observe what you're doing. BLOG is @blogtoken's business but the users buying the token have a reasonable desire for honesty and respect. Right now @blogtoken is in the background buying and selling its own token and not communicating with anyone replying to a very short announcement post about the token made four months ago. What am I supposed to deduce from that now that I am aware of it?

I don't want to come to the conclusion that BLOG is a s%&*coin but without any further communication or updates from @blogtoken after obviously still being active it might be @scooter77 wrote a better post about BLOG token than I did.