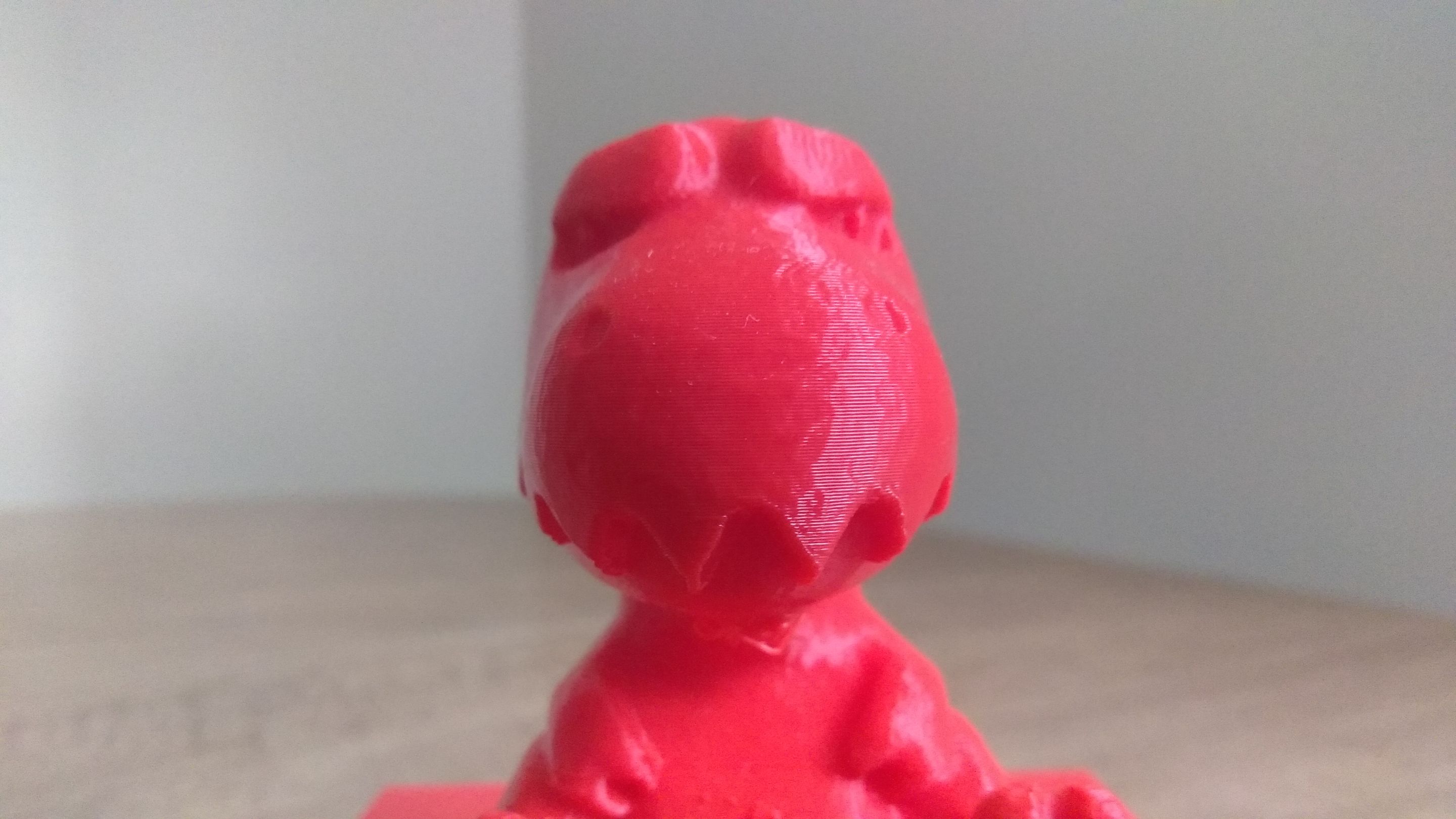 I had been posting a little bit about this in Actifit reports around two weeks ago. I am now just getting around to writing a full post about it. Sorry for the delay.

I printed "grumpy tRex" by Thingiverse user thepixelschips. I had some problems printing it from its original .stl file so I remixed the model by adding a base for the grumpy ancient lizard to sit on. Not a lot of originality added but it works for me and my addition is allowed under the CC BY-NC-SA license.

Maybe after reading this post you'll understand why the dino I printed is so grumpy.

For some reason I couldn't successfully import the grumpydino__repaired_.stl file into my Tronxy slicer. I imported the file but the model wouldn't show up on the virtual build plate and both the filament and print time estimates read zero.

The REPAIR_grumpyDino.stl file from Thingiverse was acceptable to my Tronxy slicer. The problem then became that the dinosaur model was oriented so only the tip of the tail was touching the build plate. I am still a beginner and I am pretty sure a year from now I'll still think that's putting way too much faith in supports. It also seems like a waste of filament to have so much support required.

There is an orientation feature in the Tronxy slicer but I don't like how it is harder to work with than it should be.

The "good" .stl file is too large to import into Tinkercad. Much like Cura I need to install a good open source CAD program but I have a lot on my plate right now and haven't gotten around to that yet.

My next best browser-based option was Meshy. Easy enough to import the model file, reorient, and snap to the floor.

After exporting and printing it still had trouble with my 3D printer. The virtual model seemed like the dino was firmly flat on the plate but in reality only part of it was leaving weak supports added by the slicer for the difference.

It turned out that the "bad" .stl my slicer wouldn't fully accept could be worked around. I uploaded the grumpydino__repaired_.stl file from Thingiverse into Tinkercad and after exporting it from Tinkercad as a new file my slicer could finally display and slice the .stl file into a .gcode file.

While in Tinkercad I created a base for the grumpy dinosaur to sit on.

I plan to release my remix of thepixelschips' design on Thingiverse in a few months after I print this same model again using glow in the dark PLA. 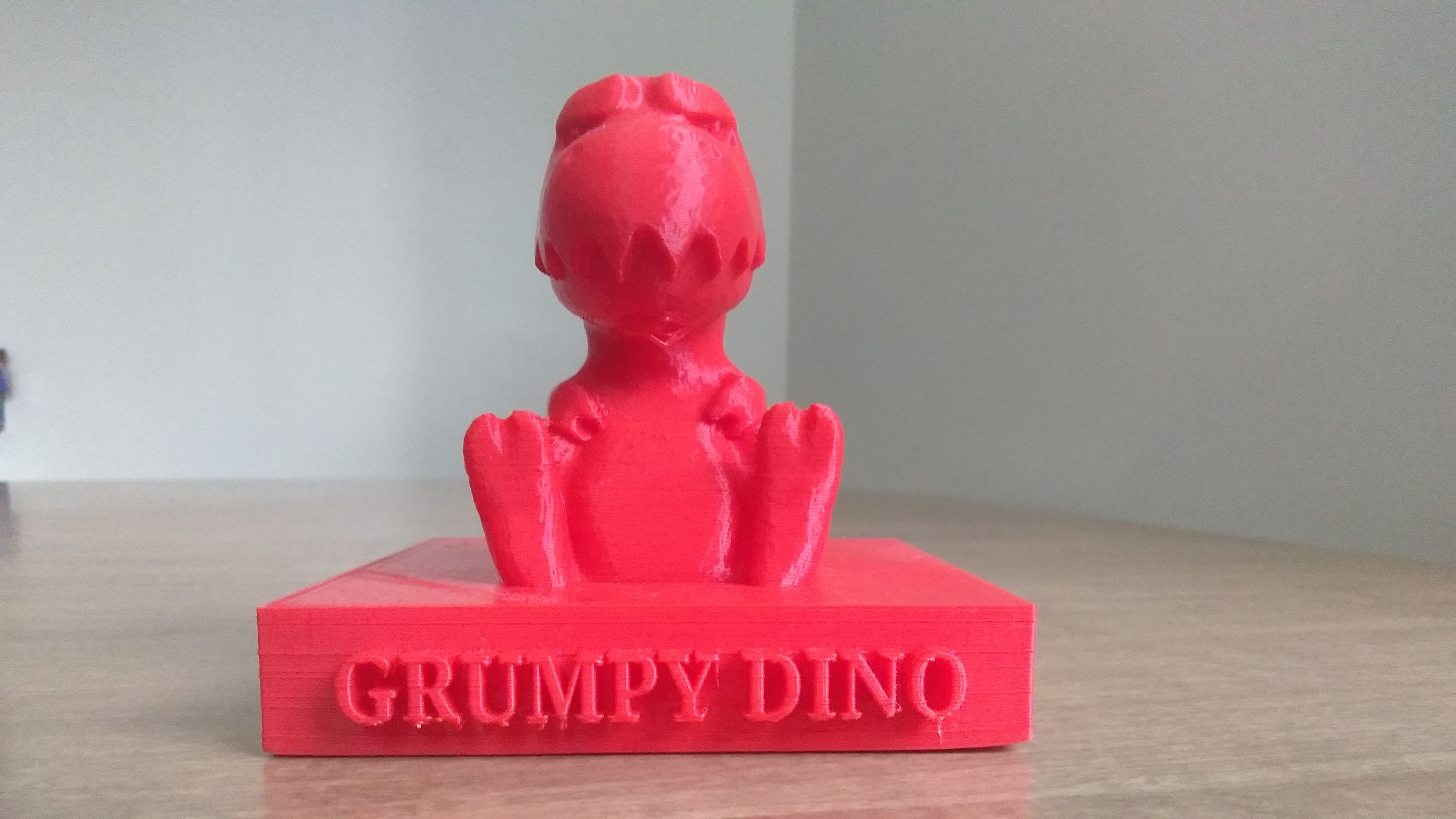