Hey everyone. Yesterday was really nice. Not only did we all survive yet another day of global pandemic but it was also the 20th anniversary of the world ending.

Yep, even after avoiding the Y2K computer crash we weren't out of the woods yet. Our fate was in the stars. Richard W. Noone warned us all that Mercury, Venus, Mars, Jupiter, and Saturn were all aligning with Earth for the first time in 6,000 years. The scientists said we were all safe and that gravity was the weakest of the four forces, but what did they know?

Oh, wait. The scientists were right. Nothing happened. So who thinks they're really going to sell their copy of Noone's discredited book on Amazon for over double the suggested retail price? Several sellers do. Who would buy a copy? I guess someone suffering from survivor's guilt. Probably not Richard W. Noone. 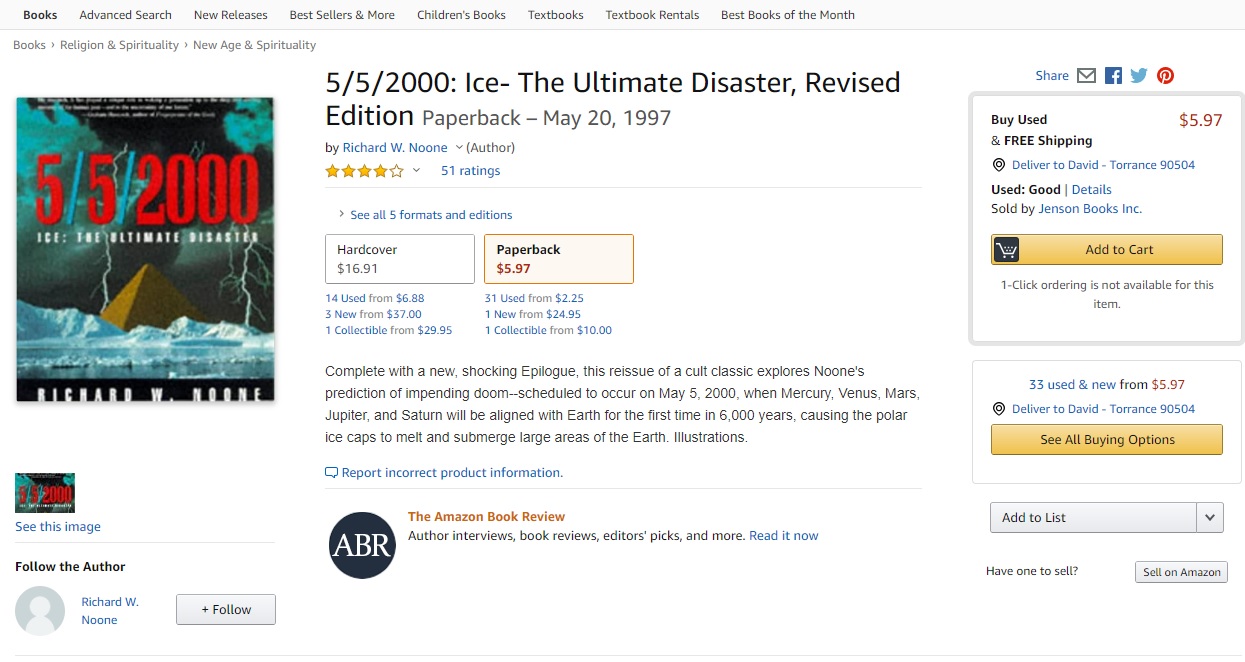